Tibetan exiles across the world will vote to elect their new ‘Sikyong’ or President as well as members of the Tibetan parliament-in-exile, based here in this northern hill town, in 2021, it was officially announced on Wednesday.

This will be the third direct election for electing the Tibetan leadership since complete devolution of political authority by their spiritual leader, the Dalai Lama, in 2011. The Dalai Lama is, however, not a voter.

“Despite the current challenges precipitated by the COVID-19 crisis, the office of the election commission is committed to conducting the 2021 general election as per the stipulated time period,” he said, while directing all regional election commissions and Tibetans around the world to take part in the polls in the interest of the Tibetan cause and in the spirit of unity.

“As we approach the polls, it behoves the general Tibetan community to exercise responsible use of digital platforms and remain vigilant against the disruptive activities of elements in society and agents from outside seeking to incite communal disharmony.”

In the last 2016 general election, in which Lobsang Sangay got reelected as the Central Tibetan Administration (CTA) President for his second and last term, more than 90,000 Tibetans in exile across the world took part in the polls.

The five-year term of Sangay will expire in August next year. The 52-year-old Harvard-educated Sangay was the first political successor to the Dalai Lama.

Since assuming power in August 2011, granting of more autonomy in Tibet “within the Chinese Constitution”, creation of awareness on Tibet and education of the exiled youth are among crucial issues before Sangay. 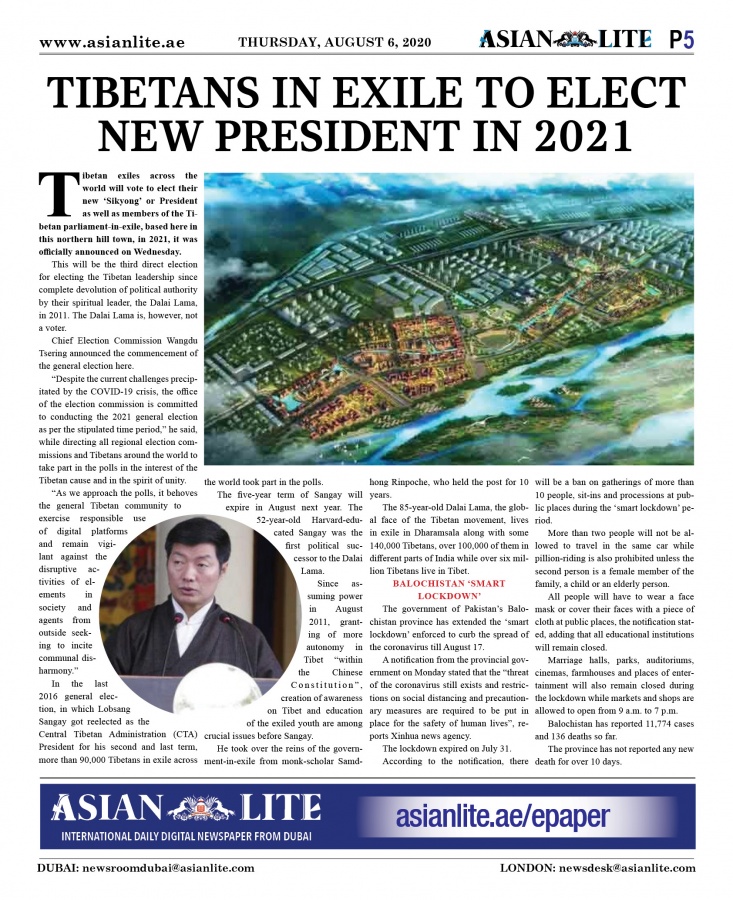 He took over the reins of the government-in-exile from monk-scholar Samdhong Rinpoche, who held the post for 10 years.

The 85-year-old Dalai Lama, the global face of the Tibetan movement, lives in exile in Dharamsala along with some 140,000 Tibetans, over 100,000 of them in different parts of India while over six million Tibetans live in Tibet.