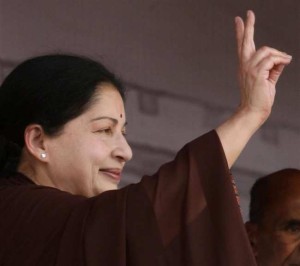 Police  tightened security in and around Parapanna Agrahara in the city’s southern suburb for Tamil Nadu Chief Minister J. Jayalalithaa, who has been directed to be present in a makeshift court, set up near the central jail, for the judgement in the 18-year-old disproportionate assets case Saturday.

“We have made foolproof arrangements in and around the central jail for Jayalalithaa’s security on the direction of the special court judge (John Michael Cunha),” city additional commissioner of police (law & order) Alok Kumar told reporters here.

Jayalalithaa has been charged with acquiring assets valued at Rs.67 crore disproportionate to known sources of her income during 1991-96 when she served as Tamil Nadu’s chief minister in the first term.

Though the judgment was scheduled for Sep 20 in a city civil court, it was postponed to Saturday after Jayalalithaa filed a petition seeking to shift the court to a suitable location citing security reasons.

As Jayalalithaa has Z-plus security cover, Karnataka and Tamil Nadu police have taken special measures to prevent any untoward incident when she appears in person to hear the judgement along with three other accused.

“In addition to about 2,000 police personnel stationed within one kilometer radius of the jail premises, platoons from the Karnataka State Reserve Police (KSRP), Border Security Force and City Armed Reserve (CAR) have been deployed in the area for beefing up the security,” Kumar said after reviewing the arrangements.

About 5,000 police personnel in civil dress will be deployed across the city to maintain vigil and ensure law and order.

“We are also in regular contact with our Tamil Nadu counterparts to exchange information on the movement of people from the inter-state border areas, as the court is about 10km from Hosur in the neighbouring state across the border.

About 10,000 people are expected to reach Bangalore through Hosur in support of Jayalalithaa.