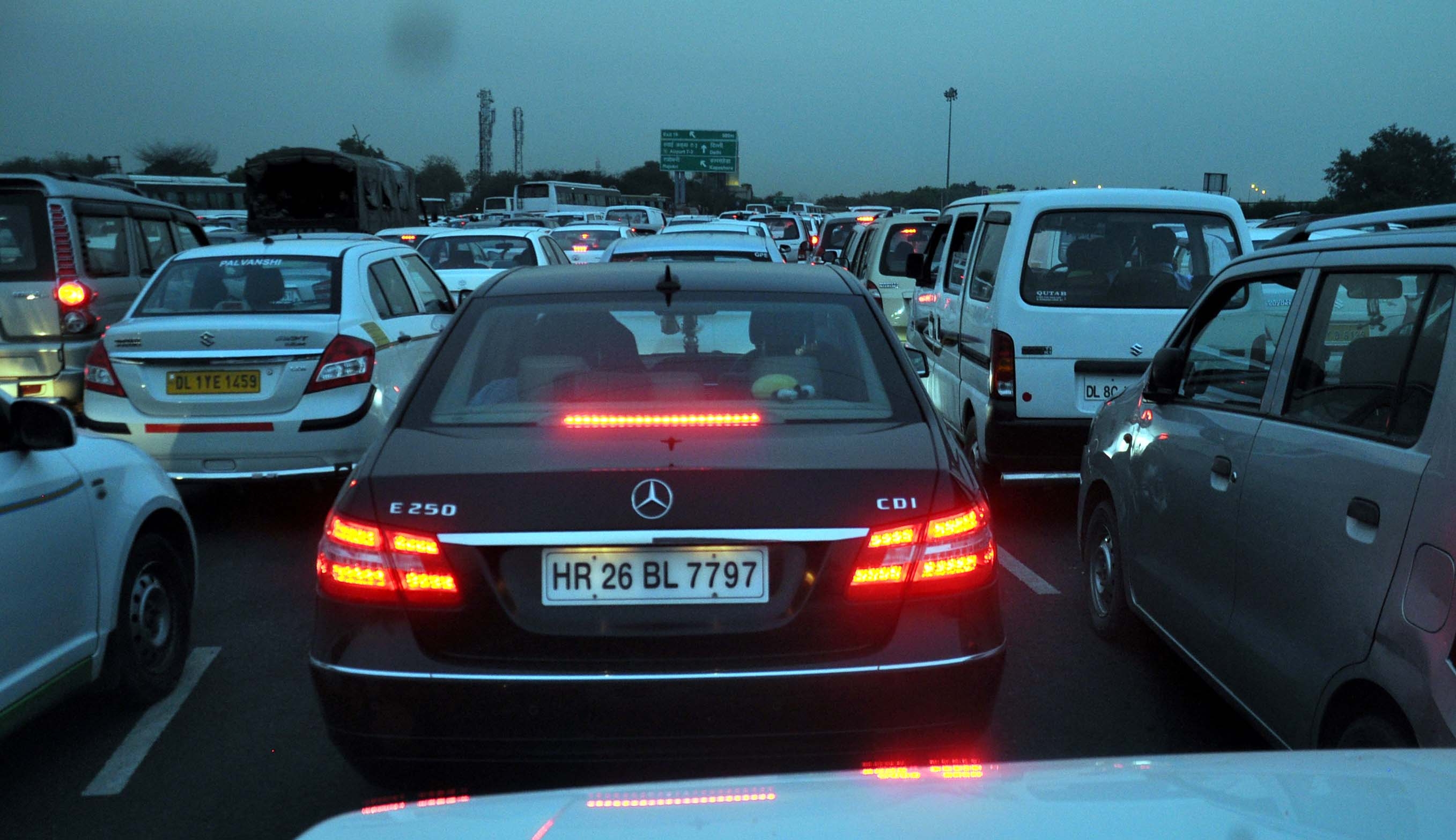 Millions of people across India faced a harrowing timeas buses and taxis did not ply to protest a bill that makes punishment for traffic violations much more stringent.

Passengers were left stranded at railway stations in various cities as public transport went off the road. People were forced to trudge with heavy luggage and office-goers too were hit hard.

The strike is part of the nationwide agitation by major trade unions demanding repeal of the Road Transport and Safety Bill, 2014, and alleged anti-worker policies of the Bharatiya Janata Party (BJP)-led central government.

The protest is against the hefty penalties that are proposed in the new bill such as Rs.50,000 for rash driving, Rs.10,000 for drunken driving and up to Rs.6,000 for over-speeding. The bill is to be put before the cabinet for approval.

The bill also proposes a regulatory authority, not only to advise the central and state governments on road safety, but also have the powers to ensure that the norms laid down are followed by all stake-holders.

Transporters say the penalties, along with the proposed norms on testing of vehicles, road-worthiness, licensing, among others, are too stringent.

The ministry of road transport and highways says this is necessary so as to reduce road accidents by at least 200,000 over the next five years, as opposed to some 490,000 accidents each year – 25 percent of them fatal in nature.

State roadways, private buses and taxis did not ply across Haryana, causing misery to thousands of passengers. Buses remained parked at bus stands or bus depots, and passengers were left stranded.

Auto-rickshaws and cycle-rickshaws made a fast buck from people wanting to reach their destination on time.

Normal life in West Bengal was thrown out of gear by the dawn-to-dusk shutdown. Most of the roads across the state, including in capital Kolkata, wore a near-deserted look.

Passengers at the busy Howrah and Sealdah railway stations and office-goers had a difficult time with no taxi or bus to avail. There were reports of buses being vandalised in several parts of Kolkata and Howrah.

While most of the private schools remained shut, the attendance at government schools was negligible.

“After struggling to get a conveyance to reach my child to school, I found it nearly empty. Most of the students and teachers and even the principal is absent. I do not support such kind of politics of disruptions,” said a parent.

Left Front major Communist Party of India-Marxist (CPI-M) activists took out rallies in many parts of the city and the state in support of the strike.

Chief Minister Mamata Banerjee has repeatedly called on the people to foil the strike, and her government has issued a circular directing government employees to compulsorily report on duty.

Life in Left Front-ruled Tripura was affected as all means of public transport stayed off the roads.

Commuters, office-goers and passengers faced inconvenience as buses, small and medium vehicles, auto-rickshaws and even battery-operated rickshaws remained off the roads.

“The strike was spontaneous and total. No untoward incident was reported from anywhere in the state,” Centre of Indian Trade Unions (CITU) working committee member Tapas Datta told IANS in Agartala.

The transport workers on Thursday also organised protest rallies across Tripura to denounce the new transport bill proposed. Various other employees unions and professional organisations have extended their support to the strike.

In Himachal Pradesh, employees of the state-run Himachal Road Transport Corporation (HRTC), which has a fleet of over 2,200 buses, went on a day’s strike.

The strike hit the commuters hard with connectivity between cities and towns affected. However, several private buses were on the road.

The strike hit Kerala hard, with hundreds of people who arrived at various bus stands, railway stations and airports in the state facing a lot of inconvenience.

The stir, however, evoked partial response in Telangana and Andhra Pradesh.

The transport services were partially affected in Hyderabad as a section of auto-rickshaws, taxis and trucks remained off the roads.

With major employees’ uniond in state-owned Road Transport Corporation (RTC) not participating in the stir, the public transport was not impacted by the strike in both Telugu-speaking states.

Some unions of auto drivers organised a rally in Hyderabad to protest what they called anti-workers measures proposed in the central bill.

The strike call had no impact in Karimnagar, Nizamabad and other towns in Telangana as auto-rickshaws and taxis plied as usual. There was little impact in Visakhapatnam, Vijayawada, Tirupati and other cities in Andhra Pradesh as the strike call evoked partial response.