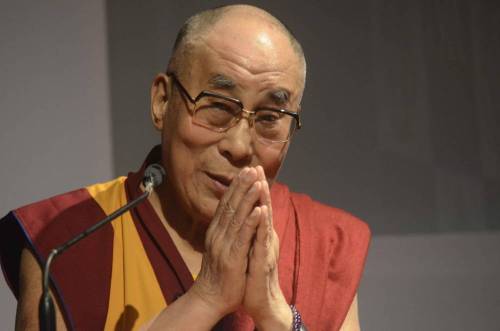 Archbishop Desmond Tutu has said he is ashamed because his country refused to grant the Dalai Lama a visa to South Africa to attend the 14th World Summit of Nobel Peace Laureates to be held in Cape Town Oct 13-15.

“I am ashamed to call this lickspittle bunch my government,” Tutu said Wednesday in a statement in Cape Town.

His comments came less than 24 hours after Iranian Nobel Peace Prize laureate Shirin Ebadi questioned him over his silence and for not speaking against his country’s refusal to grant the Dalai Lama a visa.

Ebadi, who is in this northern Indian hill town along with fellow laureate Jody Williams of the US, told reporters that she was surprised at the stoic silence of Tutu.

“I know he is not part of the government but he’s not making his views public like the rest of us,” Ebadi told reporters.

“Let’s not forget whosoever decides to stay silent against the dictator government is contributing to the dictatorship,” she added.

South Africa last month requested the Dalai Lama to defer his visit for this year only.

Tutu, who won the Nobel Peace Prize in 1984, said he could not “believe that the South African government could shoot itself in the same foot thrice over”.

“When His Holiness was prevented by our government from attending my 80th birthday, I condemned the kowtowing to the Chinese roundly, and reminded the ANC government that it did not represent me,” he said in the statement.

He said the Nobel Summit, the first to be held in Africa, was meant to celebrate former president Nelson Mandela.

“His own comrades have spat in his face, refusing to see him honoured by the holders of the blue ribbon of awards and honours,” Tutu said.

This was the third time in five years that the Dalai Lama called off his visit to South Africa.

In 1989, the Tibetan spiritual leader won the Nobel Peace Prize for his non-violent struggle for Tibet.