His Highness Sheikh Mohamed bin Zayed Al Nahyan, Crown Prince of Abu Dhabi and Deputy Supreme Commander of the UAE Armed Forces, received a delegation of the Pacific Council on International Policy, led by Jerrold D. Green, the President and CEO of the Los Angeles-based Council.

His Highness exchanged friendly conversations on prospects for potential cooperation between the Council and relevant research institutions and centers in the UAE with a view to forging solutions and ideas conducive to helping world societies survive current and future challenges and achieve the Sustainable Development Goals and global prosperity.

The two sides also exchanged views on a number of regional and international issues of common concern. 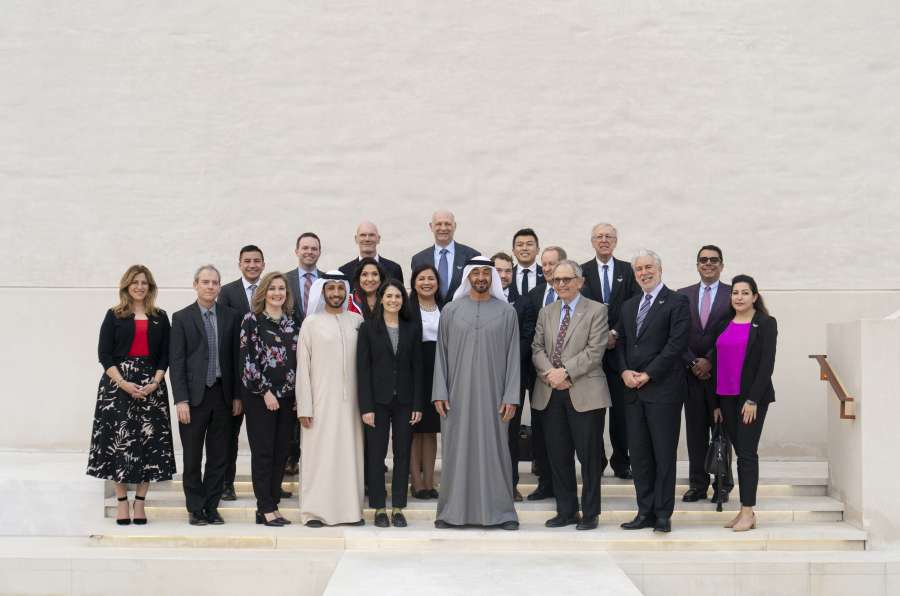