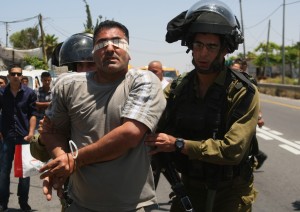 The UN human rights office has expressed concern over the operations by Israeli security forces after three Israeli teenagers went missing in the West Bank, a UN spokesperson has said.

The Office of the High Commissioner for Human Rights was concerned that the three teenagers have still not been located, after being missing for 15 days, and hoped for their immediate safe return, UN spokesman Stephane Dujarric told reporters Friday.

He said that Deputy High Commissioner for Human Rights Flavia Pansieri met this week in Geneva with the mothers of the three missing Israelis and expressed her sincere sympathy with them. As a mother herself, she expressed her understanding of their deep anxiety about the fate of their sons, Xinhua reported.

Nearly two weeks after the Jewish teenagers, who studied at West Bank seminaries, went missing at a hitchhiking junction in Gush Etzion, a settlement bloc south of Jerusalem, their fate and whereabouts remain unknown, and demands for their release have not been made.

Thousands of Israeli security forces have been deployed across the West Bank to track down the missing trio. More than two Palestinians have died in ensuing clashes and more than 300 Palestinians arrested during the operation.

Dujarric said that the human rights office’s sympathy also goes out to the mothers and loved ones of the Palestinians who have been killed by Israeli forces, in addition to the many others who have been injured.

“The Office reiterates its call for strict adherence to international law by all relevant actors and joins others in their call for restraint,” he said.