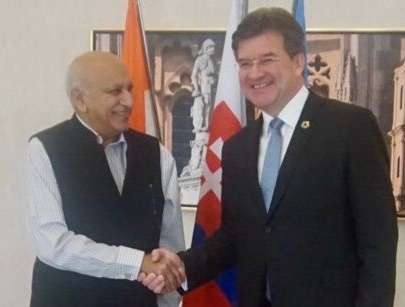 After their meeting, Lajcak tweeted that he “commended him on India’s commitment to @UNPeacekeeping”.

This was Lajcak’s second meeting with Akbar, having met him last August when Lajcak visited New Delhi after his election as the General Assembly President, Varma said.

Lajcak and Akbar were in Bratislava to attend the GLOBSEC Forum 2018, which brings together leaders in politics, academia and non-government sector for strategic discussions.