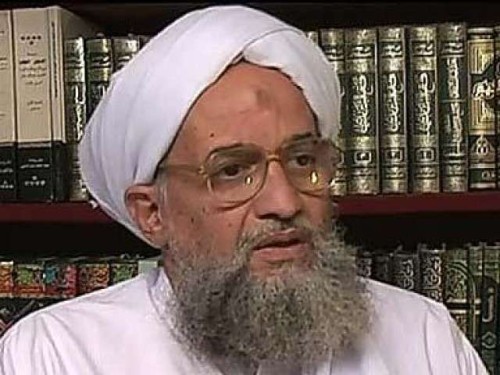 The US has expressed concern over the reported creation of a new Al Qaeda wing in the Indian subcontinent but said it did not regard it as an indication of any new capabilities by the terror group.

The US had not been “able to verify those reports yet,” State Department spokesperson Marie Harf told reporters Thursday.
But “we obviously are concerned about any recruitment or efforts by terrorists or violent extremist groups anywhere in the world.”

“We also don’t regard this announcement as an indication of any new capabilities by Al Qaeda,” Harf said insisting that core of Al Qaeda leadership had been “decimated”.

Al Qaeda leader Ayman al-Zawahiri announced the creation of a South Asian branch of his outfit to “raise the flag of jihad” in the Indian subcontinent in a 55-minute video posted online Wednesday.

“When we talk about core Al Qaeda, it’s Al Qaeda senior leadership in the tribal areas primarily of Pakistan, also some in Afghanistan, and that core leadership has been decimated. That’s a fact,” the spokesperson said.

“We’ve constantly at the same time said we’re concerned if they try to undertake operations in other places, if they as we know have affiliated groups other places.”

“So we’re concerned about it,” she said. “Again, we don’t regard this announcement as an indication of any new capabilities by Al Qaeda.”

The spokesperson was asked how she could say that the core of Al Qaeda leadership had been decimated when al-Zawahiri, who succeeded the group’s founder Osama bin Laden after he was killed in a US raid on his compound in Pakistan, was seen making the announcement of a new wing.

Asked how the US could be certain that the reported creation of a new Al Qaeda wing doesn’t represent an indication of new capabilities if it could not verify even the substance of the announcement, Harf said blandly: “Because we don’t have anything to indicate there are new capabilities here.”

“We don’t know – know there’s – this has been an announcement, a propaganda announcement made on a video. That doesn’t mean there’s new capabilities to back it up,” she said.

“Of course we know that. That’s not anything new,” she said. But in terms of an announcement about some sort of new branch, we judge – the US Government judges that this is not an indication of new capabilities.”

“We have nothing to indicate that there are new capabilities here.”