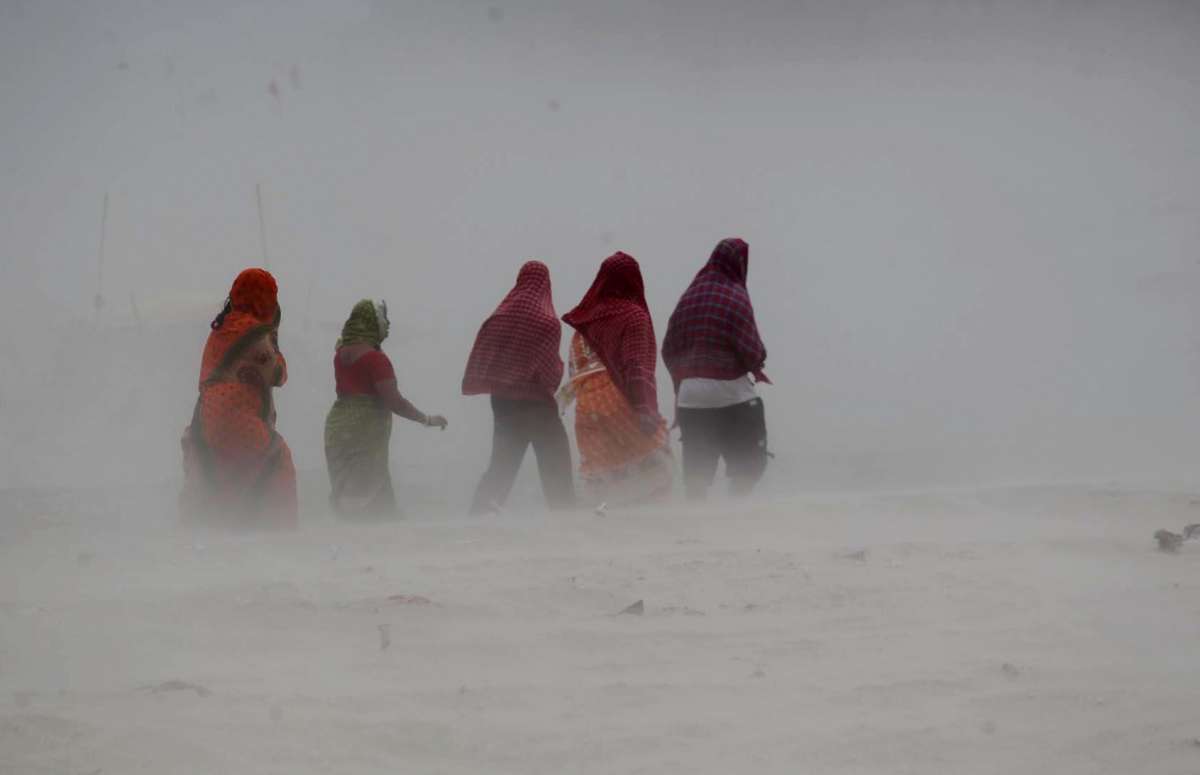 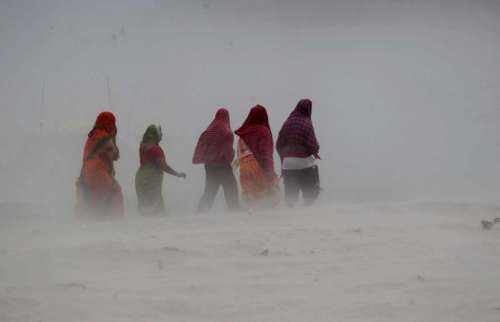 People in this cyclone-ravaged port city in Andhra Pradesh continue to live without electricity and communication facilities for the third day Tuesday. The lack of drinking water, shortage of milk and other essential commodities have added to their woes.

Two days after severe cyclonic storm Hudhud battered the coast, the city of 18 lakh remained under darkness. Lack of water supply has hit them hard. There is no piped water supply of drinking water. The motor pumps installed in houses and apartments are not functioning as the power supply is yet to be restored.

Citizens complained that authorities have failed to supply water through tankers. Cashing in on the situation are greedy retailers, who are selling 20 liter water bottle for Rs.300.

Women holding their children were seen running around for milk. Many of them were standing in serpentine queues. At some places half-liter packet is being sold for Rs.50, twice its actual price.

With roads connecting the city to neighbouring districts yet to be cleared, milk and other essential commodities have not reached.

Mobile phones are not functioning in the city for third day as telecom services are yet to be restored. ATM machines are also not working.

Visakhapatnam, the biggest city in the state, still looks like a war zone with streets filled with felled trees, electricity poles, communication towers, wires, shattered pieces of glass and other debris.

The cyclone which hit the coast near this city Sunday with heavy rains a gale speed of 185 kmph claimed 21 lives in three north coastal districts – Visakhapatnam, Srikakulam and Vijayanagaram.

About 600,000 people have taken shelter in relief camps set up by authorities in the three districts and adjoining East Godavari. The natural disaster has damaged nearly 7,000 houses, destroyed electricity and communication networks and paralysed transport.

State-owned Road Transport Corporation (RTC) resumed services in some parts of the region. However, train services were affected for the third day while air services to and from Visakhapatnam are yet to be resumed.

In Srikakulam district, which also remained without electricity, few villages were marooned. Some low-lying areas in Srikakulam town were also inundated. However, the district authorities heaved a sigh of relief as water levels receded in Nagavali and Vamsadhara rivers.