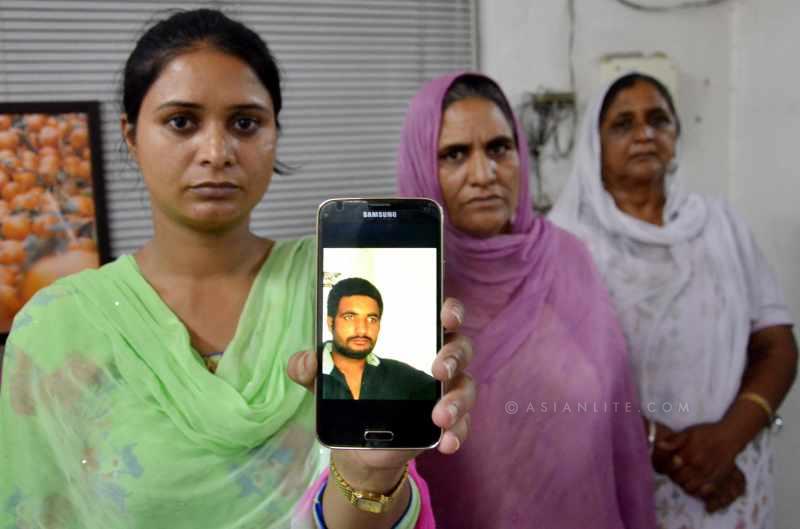 Joblessness, poor land holdings, vice-like grip of the drug mafia and, of course, the lure of better money is what drives thousands of youths from Punjab to risk going to conflict zones like Iraq for work. Those who are back say about 10,000 Indians could be trapped inside Iraq in different cities, many of which have fallen to advancing Sunni insurgents.

Till the middle of this month, hundreds of youths from Punjab were completing formalities to get a passage to Iraq, unmindful of the fate of those already stranded there or facing captivity by ruthless militants.

Even in neighbouring Haryana, the rural youth have started going to Iraq and other countries. Nearly 200 men from Haryana are stuck in Iraq now. A majority of them are from Yamunanagar, Kurukshetra and Ambala districts.
Most youths and men who seek to go to the Gulf and West Asia are semi-skilled workers. Some lack even basic qualification or training. But typical of the community, they are willing to work hard and risk going there untrained and picking up just about any paying job.
“There is so much joblessness in Punjab and the government only keeps making promises. Many youths have fallen prey to drug abuse. There is no hope here. That is why people are ready to go to even places like Iraq. At least a job and good money is assured there,” Parminder Singh of Hoshiarpur in Punjab who returned two weeks ago from Iraq said.
Parminder Singh, who worked with a wire making company in Sulaymaniyah (Kurd region), says he was lucky as he was able to convince his employer to pay him money and release his passport.
“Others are not so lucky. Hundreds of youths, not only from Punjab but other countries too, are stranded there. The employers don’t want to release their money and passports as they are worried that the workers will not return,” he pointed out.
Parminder Singh was taken to Iraq with the promise of a security-related job in a hotel with a monthly salary of $400. “I was made to do odd, menial jobs. Once you are there, you are trapped. There is no going back.”
Those going to Iraq end up being drivers, crane and dumper operators, masons, plumber, fitters and carpenters. “Most are hired by construction companies and factories supplying material for construction,” Karamjit Singh, who is still in Tikrit in Iraq, said.
“A young man in the Gulf gets Rs.15,000-30,000. They cannot hope of earning that kind of money here,” he added.
While some companies offer food and lodging, others make life hell for the workers.
“There are nearly 200 Indians working in our company ILCI in Karbala. We are all holed up here,” Manjit Singh of village Kalra near Adampur, 20 km from Hoshiarpur, told his family members.
Balwinder Singh of Fatehgarh Sahib said they were waiting for help to take them out of Mosul town.
“Many men suffer as they are made to sleep in corridors and even washrooms. The conditions are miserable. The heat is unbearable,” said Raj Kumar of Garhshankar area.
Tilak Raj, who was taken hostage in 2004, said that the militants were unlikely to harm Indian nationals in captivity.
“They (militants) used to tell us that their fight is against the US. They told us that if our ransom was not paid by our company, they would make us fight with them. Ultimately, our company paid a ransom of Rs.500 crore for all the hostages,” said Tilak Raj, who has never thought of going back.
The lucky ones who have returned to India say thousands could be trapped inside Iraq. No one has a firm estimate of the numbers. Some may have been held hostage by the militants. For most, seeking help from the Indian embassy in Baghdad is a big deal.
“The travel agents based in Punjab get labour requirement demand from Middle East countries including Iraq. While rates for going to countries like Saudi Arabia, the UAE and Kuwait are high, those who can’t afford much for the immigration opt for Iraq,” Sushil Ahuja, who is with the immigration trade, told IANS.
In the 1970s and 80s, engineers, managers and other white-collared professionals used to go to Iraq as they were in demand for various infrastructure projects and assignments being undertaken by Indian companies, both in the private and public sector.
“Life was very different then. For Indians, Iraq used to be like any Western country. The returns were also quite good. But I understand that now people go only for small jobs,” said Kulwant Singh, whose father served as an engineer in Iraq over four decades ago.