Why the capture of a terrorist in Kashmir is a bad news….explores Bikram Vohra 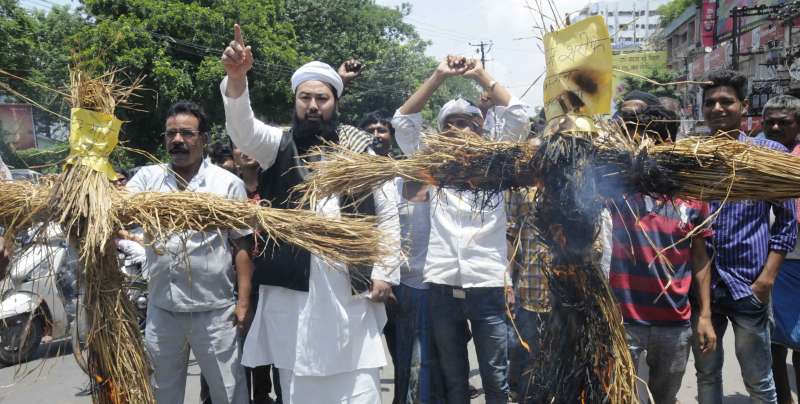 The arrest of a young terrorist following an attack on a BSF vehicle on heavily sanitised Jammu-Udhampur winding road is certain to push back Indo-Pakistan talks scheduled for next week and also the ‘friendly’ exchange of reassuring words by the two Prime Ministers.

The second ‘Kasab’ as Qasim Khan he youngster is being labelled is a sad example of brainwashing the young. It has not taken long to trace him back to the city of Faisalabad in Pakistan.

Though his interrogation is unlikely to yield great data he being clearly at the lowest rung of the food change and dispensable the attack in which two Indian soldiers were killed along with Khan’s mate is going to be a watershed for several reasons. One, it comes in the wake of the Gurdaspur attacks a few days back and follows a similar pattern of shoot and run. It is unlikely linked to the hanging of Yakub Memon but the window in which all these events have occurred is very short and there will be a great deal of pressure on Modi to do something.

There is a tonal difference on this occasion, part of it a deference to the Indian armed forces who have been engaged in an escalated exchange of fire on the western front. That the intensity was upped as a smokescreen to allow terrorists to infiltrate the Indian side of the order is something to be considered.

India’s hawks will feel justified in demanding a fitting response even if they do not articulate what that response should be. Each year this approach to the Aug 15 climax always has a certain tension to it.

New Delhi is certain to indicate that Qasim Khan came from Pakistan and was trained there in one of the camps. Just as certain as Pakistan will be to deny it all and term it a non state sponsored initiative or some freelance factional assault. With a ‘live’ terrorist in custody the story has a long and with each disclosure the efforts to end the seventy years of attrition and raise the relationship to a more mature level will crumble. Off the table will be any possibility of playing cricket, that symbol of restores cordiality now a non starter.

Even future talks will be in jeopardy and the public in India will be looking to see what option Mr Modi exercises on the home front and on the global stage where getting support from the Big Powers will be central to his moves. There is just this uneasy sensation that only rhetoric will not suffice  for now. More tellingly business will also be bruised and there will be a call from India to  boycott ongoing ventures.

Regrettably, one does not see this issue dying out and one can only hope that more lives are not lost and the confrontational mode lowered even as the region approaches its post monsoon season of conflict.