A plan for an island airport in the Thames estuary will be rejected, the BBC understands. 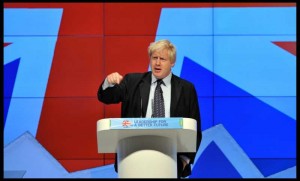 In response, an adviser to London mayor Boris Johnson, Daniel Moylan, said if true, it is “sadly short-sighted”. Known as “Boris Island” because of Mr Johnson’s backing, it was one option being considered by the Airports Commission on how to expand airport capacity in the UK, the report said.

An official announcement is expected on Tuesday. “Airports policy has been stalled for nearly five decades, ricocheting like a billiard ball between Heathrow and Gatwick,” said Mr Moylan, aviation adviser to Mr Johnson.

“We have only one opportunity to break out of that but it seems the Commission has taken us back to the same old failed choice.”He added that the final decision would rest with the government. “The key question now is whether the Airports Commission will play  much of a role,” he continued.The airport plans on the Isle of Grain were designed by Lord Foster’s architectural firm

It would have led to the development of a four-runway airport on the Isle of Grain in the Thames Estuary.

The commission, led by Sir Howard Davies, was set up by the government to consider ways of expanding the UK’s airport capacity. Its final report is expected next summer, after the general election.

Sir Howard Davies’ decision is unlikely to surprise many people. A few months ago he told me that the Thames Estuary scheme had much higher hurdles to jump over than its competitors at Heathrow and Gatwick. He said the construction challenge was “massive”, and that he was concerned about the impact on the environment, the cost of getting 150m passengers to and from the site (you would have to build new roads and rail lines), and the effect it would have on Heathrow, which may have to close, BBC added.