Vladimir Putin has always known how to outfox the west.

Let me begin with a story. It is Zurich, 2 December 2010. England, Russia, Belgium, Netherlands, Portugal and Spain are bidding for the 2018 football World Cup. For the 2022 World Cup Qatar, Australia, Japan, South Korea and America are bidding. All the great and good of the world appear to have gathered in Zurich to woo the members of the FIFA executive committee who will decide the vote.

In England’s case this includes David Cameron the Prime Minister and Prince William, chairman of the FA. The night before the vote the Prince and the Prime Minister have been sweet talking the FIFA members at a select Zurich hotel. The Prince is about to get married and some in the English press speculate that if he were to invite some of the FIFA members to his wedding they would vote for England.  They are quite serious when making the suggestion. England not having staged the World Cup since 1966 are desperate to get it.

Other countries also have their leading figures including the Prime Minister of Japan and Bill Clinton for America. But one man is missing. There is no Vladimir Putin. In 2007 he had travelled all the way to Guatemala City to secure the Sochi winter Olympics against all odds wooing the International Olympic Committee. One IOC official had told me that his fellow IOC members could not resist him. They were  dazzled by the lure of the Kremlin magnificence, gold and incense that Putin, speaking in English, presented. But now he cannot make the much shorter trip from Moscow to Zurich.

And he has a very interesting reason for not coming. On the morning of the vote Putin announces he will not come because the western press, particularly me and my colleagues in the British media, have been very critical of FIFA. We have written and broadcast many stories about FIFA corruption. FIFA makes no secret that it hates the English media. Putin is very critical of the English media and says he does not want to try and influence the FIFA executive members and put more pressure on them.

As this news breaks an English press colleague loudly announces that this must mean Putin knows Russia is going to lose and England must now win. I am not so sure. That I say is too simple a conclusion to jump to, but I am in a minority.

That afternoon the FIFA executive vote. England get two votes and is eliminated in the first round.  Russia wins 2018. Within minutes we are told Putin will fly into Zurich to hold a press conference. 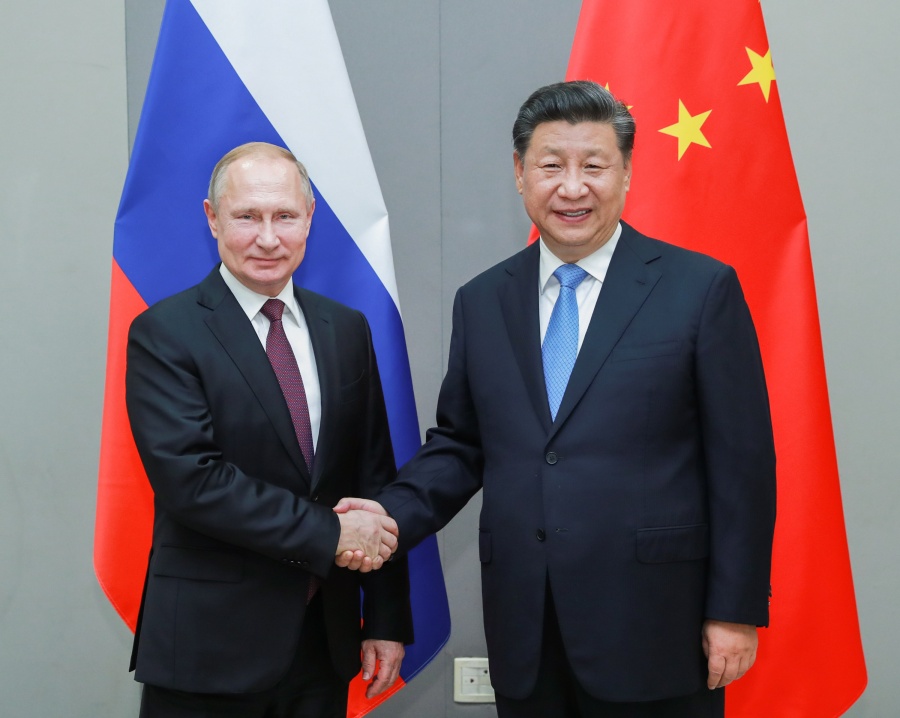 We assemble for the Putin press conference. In the front row is sitting Roman Abramovich, the Russian oligarch who stunned the football world in the summer of 2003 by jetting in almost from nowhere and buying Chelsea. In the seven years since Abramovich has never given a press conference or never been seen at one. But now he sits quietly looking at Putin.

We wonder how Putin will respond to our questions. A few days earlier there had been a damming report by the Americans about Russia, painting a picture of a country that is racist and spies on the world.  A press colleague nudges me to say I should ask Putin a question about it. I do. I also ask who is going to finance the World Cup.

Putin replying in very good English dismisses the American report. Then about who will finance the World Cup he points to Abramovich in the front row and says with a laugh, “He has money. He can do it”. Abramovich smiles.

Meanwhile as Putin glories in his victory Cameron and Prince William come home mystified as to how they could lose the bid to a man who was not even there.

I mention this story because it shows how the west can never get its head round Putin. True this is a story about football not high politics, but it shows how Putin works. In Catherine Belton’s wonderful book, Putin’s People: How The KGB Took Back Russia And Then Took On The West (William Collins, pp624 £25), Belton narrates how Putin used sport to increase his and Russia’s influence in the west. In her chapter titled Londongrad Belton says, “Putin’s Kremlin had accurately calculated that the way to gain acceptance in British society was through the country’s greatest love, its national sport.” A former associate of Putin told Belton that “Putin personally told me told me of his plan to acquire the Chelsea Football Club in order to increase his influence and raise Russia’s profile not only with the elite but with ordinary British people” Putin told him it is the same as “buying up all the pubs. We’ll get such depth’”.

Interestingly, Belton mentions that the associate, Sergei Pugachev, was asked to buy Chelsea but when he did not Abramovich was ordered to do so. Putin also saw this as opening the door to world football which would help him secure the World Cup and show Russia was no longer a pariah among nations. I do not know how much Abramovich helped in the FIFA decision, but he was prominently present in Zurich when the vote took place and very clearly an important member of the Russian team. In that sense Putin was telling the English that the man who owns one of your best clubs is not supporting your English bid but his native land Russia. Then to go on to win it while England was humiliated demonstrated Putin’s power.

Some years later when I went to Sochi for the 2014 Winter Olympics I saw how Putin had virtually created a new city, it used to be Stalin’s summer retreat, even building churches to host the Olympics and showcase Russia to the world. The Games were held against a background of the Russian annexation of Crimea and hostile coverage of Putin in the west. But in Russia I found he was lionised, and people held him in high regard for what they saw as a return of Russia to its glory days.

It is Putin’s ability to manipulate that always seems to fool the west. Belton’s book begins with a marvellous description of how Putin, then deputy mayor of St. Petersburg, featured in a series of films where he showed a mastery over his subject matter such as tons of grain in humanitarian aid being shipped in from Germany, England and France. He also spoke of how communism had divorced Russia from the free market west and the civilised world and that, while he had been a KGB officer, the KGB had many good qualities.

Now, of course, he sings a different tune, praising Stalin but in befriending Trump and, possibly, influencing his election, he shows how he keeps the west on the wrong foot. This might become even more evident if Putin helps Trump win re-election which, despite the lead Biden now has, is a very distinct possibility.

The west it must be said has been  complicit in the rise of Putin. For decades it may have talked of rolling back communism but did not really expect communism to collapse and had no plans to deal with the world that so suddenly emerged in 1989. It did not realise that Putin’s rise meant the KGB was taking over the Russian state. Belton argues that the capitalist system of the west has provided ample opportunities for Kremlin to manipulate the west.

Russia has always presented a problem to Britain going back nearly two centuries. Back in the middle of the 19th century Britain joined the Ottoman Empire, Sardinia and France in order to prevent Russia gaining territory and power fighting the Crimean war. A war which, say historians, saw “notoriously incompetent international butchery”.  After that for almost a century Britain feared the Russians would threaten its prized possession, India, playing what became known as the Great Game.

Then through much of the 20th century, despite the alliance with the Soviet Union to defeat the Nazis, the British feared the subversive hold communist ideas had particularly on its educated classes with the Soviets establishing the infamous ring Cambridge ring of five spies at Cambridge University, led by Kim Philby. The British, who during their imperial rule proved to be masters of persuading many foreign nations to betray their country, can never forget, let alone understand, why Kim Philby, the third man in the Cambridge spy ring, could have betrayed his country to the Soviets. That he and other communist traitors were members of the privileged class makes it even more incomprehensible. This is a story that rankles which explains why almost every decade sees a new book or drama series about these spies. Last year the History Press published Chris Smith’s The Last Cambridge Spy, the story of John Cairncross  describing him as “among the most damaging spies of the twentieth century”. The cover featured pictures of the other four spies, Philby, Burgess, Maclean and Blunt.

But what makes the British-Russian story even more interesting is if the 20th century was a story of collusion between the Soviet Union and the British left, the 21st century could well be a story of collusion between Putin’s Russia and the British right. The wheel has indeed gone full circle. Back in 1924 the Daily Mail published a letter supposedly written by Grigory Zinoviev, the head of the Communist International. The letter addressed to the British communist party encouraged the British proletariat to greater revolutionary fervour. Four days later when the election was held Labour which had just squeaked into power, it was a minority government, lost the election, Conservatives won a landslide. Labour believed this letter, which was forged, the original has never been discovered, led to its defeat. The Labour Party have never forgotten it.  A century later the Remainers believe that Putin’s Russia helped the Leavers win the Brexit vote. We will never know because, as the recent report by the Commons Intelligence and Security Committee shows, the British state has no interest in trying to determine whether Putin tried to influence the 2016 referendum on Brexit.

Belton believes that Putin’s decision to amend the constitution in January this year, which effectively means he can be President for life, has made the system brittle and Russia’s economy is also stagnating. It is possible that at some stage Putin will eventually fall, but I would not bet too much money on all those hopes still being entertained of a post-communist democratic Russia emerging as an ideal partner for the west. Putin’s past success suggests he will always be one step ahead.