Similarly, no matter what Pakistan and China say, the China Pakistan Economic Corridor (CPEC) is not an economic project. It has many aspects and dimensions. Of course, it has economic aspect as well; but the salient parts are hidden and have great geo political and strategic significance. The transcript of the speech delivered by Dr Shabir Choudhry at the Royal Asiatic Society in London

Some citizens of Pakistan, due to disagreements with the CPEC, call it ‘China Punjab Economic Corridor’. Anyway, let us call it CPEC. If the CPEC was to empower people of Gilgit Baltistan, people of Pakistan, including people of Balochistan, I would have wholeheartedly supported it. Sad and bitter fact is, the CPEC has all the ingredients to bring disaster to all the areas mentioned, and for the entire region. Surely it will make some more millionaires in Pakistan and many more in China; and I am not interested about empowerment of the rich few. I want to see what is there for the ordinary people.

No matter what Pakistan and China say, the CPEC is not an economic project. It has many aspects and dimensions. Of course, it has economic aspect as well; but the salient parts are hidden and have great geo political and strategic significance. Strategic experts say, don’t look at the intentions of your enemy, look at his ability, because intentions can change any time.

Let me give you an example. Pakistan is a country with nuclear weapons and very good delivery systems. In the process of making nuclear weapons and various delivery systems; and establishing a command and control system they must have provided employment to tens of thousands of people. Does that mean the Pakistani nuclear programme was economic in nature, because it provided employment to so many people; and still so many people are employed to take care of them?

Some people claim the CPEC has a strong imperialist agenda. Mr Allah Baksh, who belongs to Gilgit Baltistan writes in his article, ‘CPEC a recipe for mega disaster’ writes and I quote:

“Students who came out on streets dubbed the project as an illegal attempt to grab Gilgit and see it as “Road to ghulami or slavery for Gilgit Baltistan… Protesters across Gilgit suspect that the project was merely a ruse by China, in collusion with Pakistan, to take over their land and home…Diplomacy and peaceful negotiations are similarly unknown to decision makers in Pakistan. It is therefore, difficult to digest that CPEC, which is an integral part of China’s mega dream of One Belt One Road, fig leaf to expand its military and economic influence over Asia and Europe; the mission is to make China the next United States of America.”

so called Azad Kashmir, while talking about Pakistan’s attempts to change legal status of Gilgit Baltistan to satisfy Chinese concerns said: ‘Pakistan has no right to encroach territory of Jammu and Kashmir State. It will be considered territorial aggression and back stabbing. Morally and legally Pakistan will be exposed.’

Dr S Akbar Zaidi, a Pakistani scholar and author of two brilliant books on Pakistan, while speaking as a keynote speaker in a conference organised by a Think Tank, Calcutta Research Group said and I quote:

“CPEC is a part of China’s One Belt One Road initiative to expand its influence in the world and Pakistan is just the geographical space used by Beijing to reach the warm waters of the Persian Gulf. But in the process, Beijing blueprint will ensure complete control over Pakistan…It is indeed a game changer, but not in the way our ruling classes have projected it to be. It will enslave Pakistan and undermine its sovereignty”.

Pakistan’s ruling elite has a long history of taking dictations from powerful allies. They accepted American dictation in certain aspects of domestic and foreign policy because of military help and dollars; but because it is not part of the topic I leave that out. However, I want to add that apart from America, Britain, Saudi Arabia and even tiny United Arab Emirates have many times influenced Pakistan’s domestic and foreign policies.

Sadly, this role, to a large extent, is taken over by China. The Pakistani ruling elite is obsessed with idea of the CPEC. China is not only making huge investment in Pakistan; they also know how to influence and manipulate Pakistan’s civil and military elite. The CPEC will further strengthen China’s position and enable Beijing to use Islamabad to advance its agenda in the region and beyond.

Dr Zaidi blames the Pakistani ruling elite for leading the country down the path of enslavement. He says: After One Belt One Road gets ready, Pakistan will become China’s colony.  Some analysts fear that Pakistan may become 35th province of China; or may become third special administrative economic region, like Hong Kong.

It will be pertinent to add that a Pakistani Senator Tahir Mashhadi, Chairman of the Standing Committee on Planning and Development, described the CPEC corridor “another East India Company.”

I am sure I don’t need to explain role of the East India Company. The CPEC will start from a less developed region of China, which in view of many local people is occupied territory; and an armed insurgency is going on there, that allegedly gets support of Jihadi warriors based in some parts of Pakistan, especially FATA. 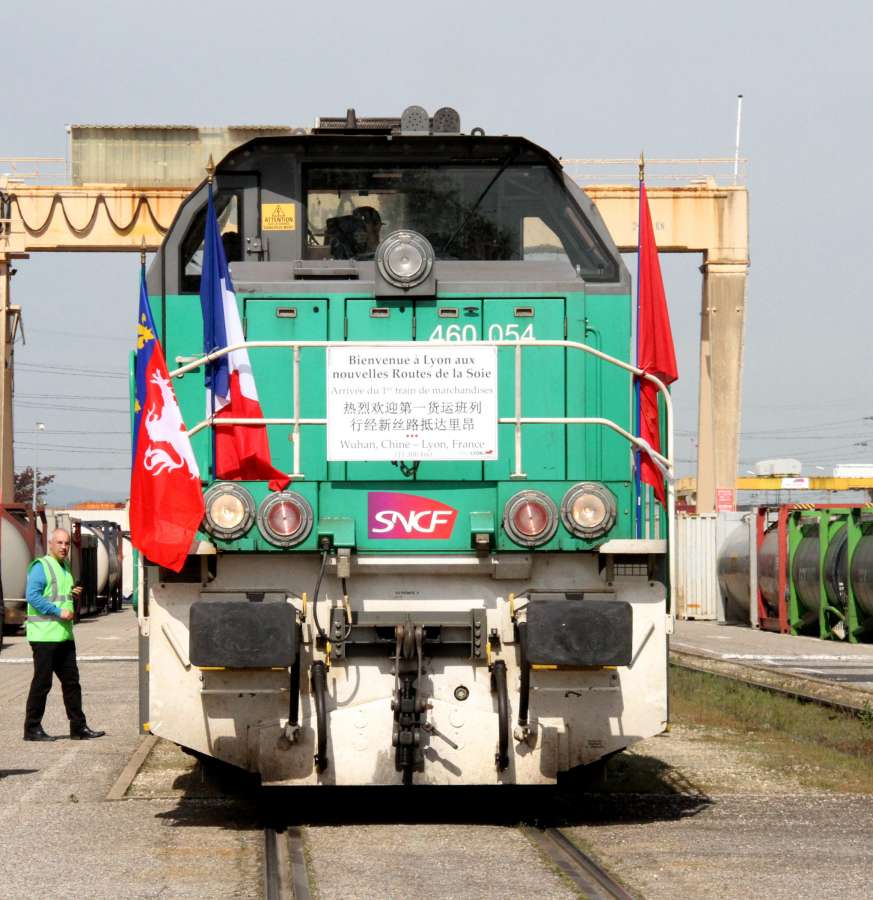 From there the CPEC enters Gilgit Baltistan, a region which is part of the former Princely State of Jammu and Kashmir; and is currently occupied by Pakistan. Pakistan gifted around 2000 sq miles of Gilgit Baltistan territory to China in 1963, that China can link it with Aqsai Chin which was occupied in 1962 war with India.

I know many citizens of Jammu and Kashmir State are angry on Pakistan’s ‘generosity’. They should realise that good friends do exchange gifts to express goodwill and solidarity. Pakistan gave that piece of land which did not legally belong to them to win China’s friendship. Now, to strengthen its illegal occupation Pakistan is allowing Chinese troops and secret agencies to be stationed in Gilgit Baltistan.

From Gilgit Baltistan the CPEC will enter a Pakistani province of KPK, and will end in Balochistan, which many local people claim is occupied by Pakistan. Some Baloch armed groups are fighting to get independence from Pakistan.

The CPEC will enable China to:

There are mutual benefits to both China and Pakistan, which are:

With the Chinese help, Pakistan will be able to crush the Baloch armed rebellion; and both countries will be able to benefit from the huge natural resources of Balochistan;

With presence of the Chinese troops and secret agencies, Pakistan will feel assured that there will be no Indian military adventure in Gilgit Baltistan;

This situation is ideal for Pakistan to silence all the voices of dissent inside Gilgit Baltistan; and even change the legal status of these areas;

Because of huge Chinese investment in so called Azad Kashmir and in Pakistan; and with presence of Chinese troops, India will be deterred to start a major military offensive.

Impediments to the CPEC

Countries which should be worried about the CPEC:

Iran, India, America, UAE, and other Gulf States, many other countries of South East Asia and Europe.

Many Pakistani economists strongly fear that the CPEC will be economic disaster for Pakistan. Pakistan’s exports are down, and foreign exchange sent by overseas Pakistani and Azad Kashmiri employees is also down because tens of thousands of workers have been sent back from the Middle East, as I predicted last year. This means on top of other repayments; the Pakistani economy will have to cater for additional 3.7 billion US dollars per annum to pay the CPEC loans.

Muhammad Ishaq, a leading industrialist and a Director of Khyber Pakhtunkhwa Board of Investment and Trade in conversation with Asia Times said, and I quote:

“There is absolutely nothing in the CPEC for the local trade and industry; even the labour is coming from China, which will cause a steep escalation in the operational cost of the project…CPEC will be a big disaster for Pakistan in the long run.” Unquote 5

People of KPK, Balochistan and Gilgit Baltistan are still angry with the benefits coming from the CPEC. Mr Said Alam Mehsud, head of Pakhtunkhwa Ulasi Tehrik, while talking about the official statement of the Chief Minister of KPK asserted that:

With the growing political and economic instability, there is no way the Pakistani economy can pay back the loans with such high interest rates. This could mean Pakistan may end up ceding some more land from Gilgit Baltistan to China; or making some other substantial concessions to the Chinese. How can I support a project which will exploit and oppress our people in Gilgit Baltistan; which will add to our problems and which may change legal status of this disputed territory? Furthermore, which is opposed by local people of Balochistan and KPK?

(Dr Shabir Choudhry is a political analyst, and author of many books and booklets. Also, he is Chairman South Asia Watch, London and Director Institute of Kashmir) 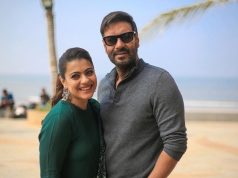 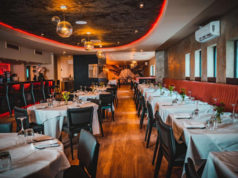