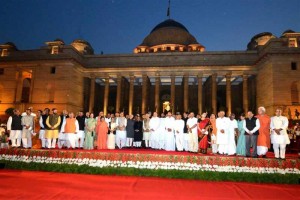 The Indian government has given in principle approval to an MoU to allow China to set up industrial parks the country. The move comes ahead of the five-day visit of Vice-President Hamid Ansari to China from Thursday.

China, which has established five industrial parks in ASEAN countries like Cambodia, Indonesia and Vietnam, is keen to set up similar industrial parks in India. The states being examined for the purpose include Uttar Pradesh, Madhya Pradesh and Haryana.

The details of the MoU for setting up industrial parks would be available after the signing of the memorandum, Law and Telecom Minister Ravi Shankar Prasad said after a cabinet meeting headed by Prime Minister Narendra Modi.

The industrial parks are expected to include special economic zones and manufacturing zones.

Sitharaman is to hold talks with her Chinese counterpart Gao Hucheng to discuss bilateral trade and investment, which is heavily tilted in China’s favour.