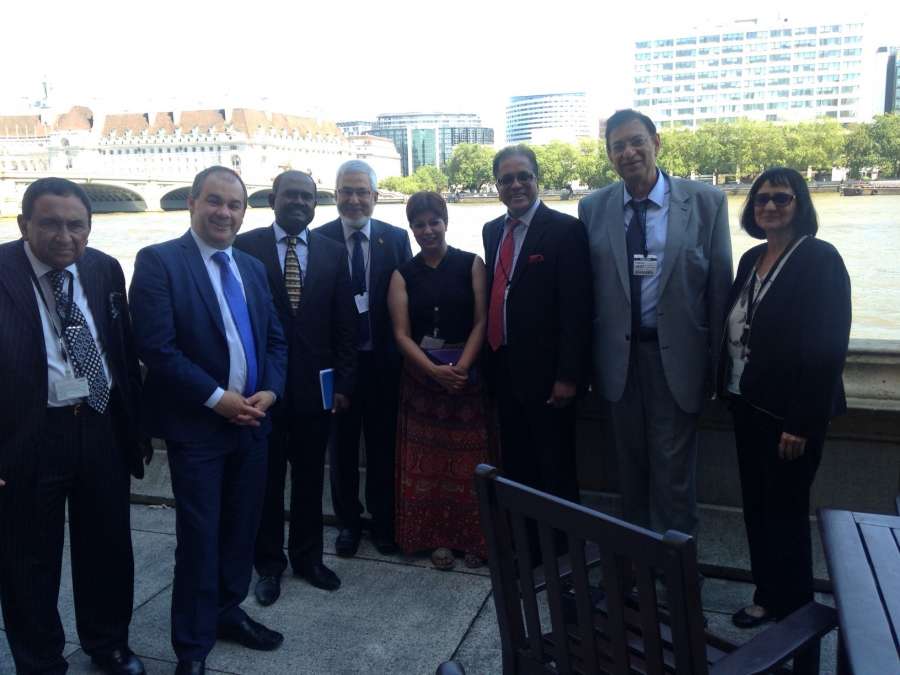 Paul Scully MP for Sutton and Cheam, brought together UK Parliamentarians and Indian business leaders for a round table discussion in Parliament this week to look into the opportunities that may arise following Brexit.

Following productive trade talks at the highest level over the last year including post-referendum, Mr Scully was keen to continue and build on the positive relationship between the two countries that already enjoy considerable bilateral trade and investment. He said, “India was the natural place to start a series of events to discuss improving trade relations between the UK and its many global partners in the aftermath of the UK voting to leave the EU. I hope that this will show the Indian business community that MPs are serious about making Brexit work for everyone as well as demonstrating to MPs that despite the current uncertainty, successful trading between the two countries will develop regardless.

We explored how to broaden and deepen the bilateral relationship between the UK and India. The primary feeling at the meeting was one of great optimism and opportunity. We looked at particular sectors which could benefit from strengthening and broadening our already close and historic ties. These included IT, travel and tourism, luxury goods, aviation and financial services. Exporting brands that can appeal to the burgeoning middle classes in India, a country that is home to one quarter of the world’s under-25 year olds is an exciting prospect as well as looking at Indian brands that are unknown as yet here in the UK.”

The group resolved to build an informed view among parliamentarians of business opportunities; feed into discussions between India and the new Secretary of State for International Trade, Dr Liam Fox MP; look at visa rules to enable easier business travel and work with UK countries to make it easier to export, thus increasing the mere 12% of UK companies that currently have any trade outside the UK. A series of events will follow with a focus on trade relationships between the UK and various other countries and groups including the Middle East, Commonwealth and ASEAN countries.