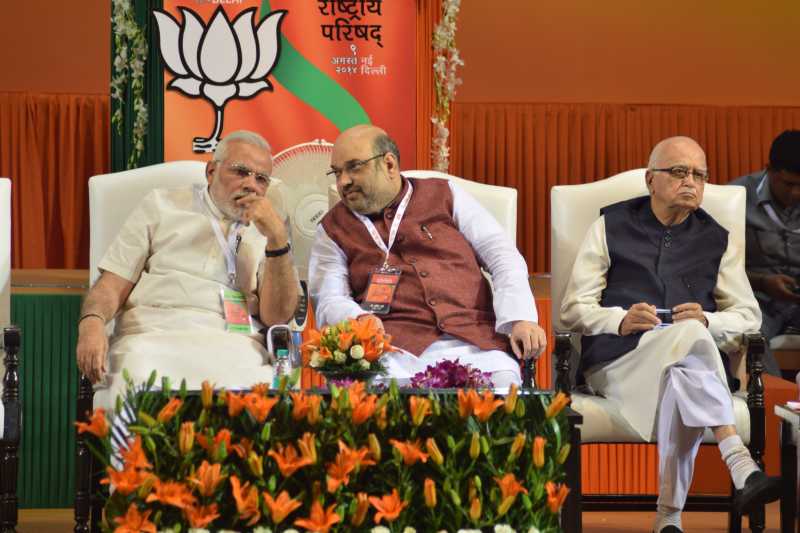 On October 24 when the results of the Maharashtra Assembly elections were out, Prime Minister Narendra Modi and Amit Shah reached the BJP headquarters to address the workers at around 5 p.m. Prime Minister Narendra Modi said in his speech: “The coming five years under the leadership of Devendra Fadnavis will take the development of Maharashtra to greater heights, I hope so. Haryana and Maharashtra were not the traditional states of the BJP, yet such a manadate is the result of sincere public service by both the Chief Ministers. “

The Prime Minister had made it clear that Devendra Fadnavis was again going to be the Chief Minister. Fadnavis’s name was also endorsed in the parliamentary board meeting held late that same day. Although a section in the party was speculating a change in leadership in Maharashtra as the party got less-than-expected seats, Modi, however, dismissed all speculation in his speech.

But, after the election results, Shiv Sena became rebellious stand and started talks with the Congress-NCP to form the government. A sudden rush of activity in BJP’s Nitin Gadkari also fuelled speculation. A Shiv Sena leader said Gadkari could have settled the issue. In the meantime, Gadkari met Sangh chief Mohan Bhagwat, which led to speculation that Gadkari might be the Chief Minister. It was said that Shiv Sena’s stance could be softened in case Gadkari was made Chief Minister instead of Devendra Fadnavis.

After the Sena’s announcement of its separation from the NDA, it was perceived that Sena would form the government with the Congress and NCP. Negotiations on the Common Minimum Program were almost complete.

But late Friday night between 11 p.m. and 8 a.m. Saturday, something extraordinary happened which was beyond imagination of even many senior BJP leaders. By 8 a.m. Devendra Fadnavis was sworn in as the Chief Minister. Dismissing all apprehensions, the Modi-Shah duo delivered on their promise: Devendra Fadnavis is the chief minister again.