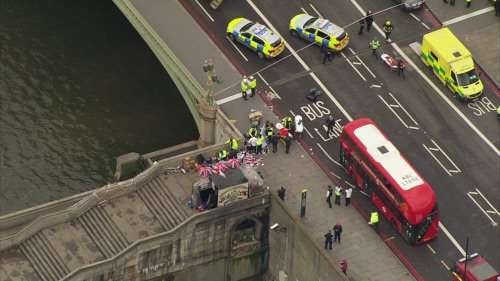 Police said a 30-year-old man was arrested in connection with the terror attack near the British Parliament here in London on Wednesday….reports Asian Lite News

Police said they detained the man at an address in Birmingham city on suspicion of preparation of terrorist acts. The suspect currently remains in police custody, Xinhua news agency reported.

By far, police officers have carried out a total of 15 searches at various addresses, and 12 people have been arrested as part of the investigation. Nine have been released with no further action, according to the Metropolitan Police.

On Wednesday, Khalid Masood, 52, drove a car through crowds of pedestrians on Westminster Bridge, killing three: Aysha Frade, a 43-year-old British national of Spanish origin, Kurt Cochran, an American tourist whose wife was injured in the attack, and Leslie Rhodes.

A police officer was also fatally stabbed by Masood, who was later shot dead by police.