Prime Minister Narendra Modi’s ambitious Mumbai-Ahmedabad bullet train project is missing on its deadline of land acquisition as till date only 39 per cent of the 1,380 hectares of land required has been acquired…writes ANAND SINGH

A senior National High Speed Rail Corporation Ltd. (NHSRCL) official requesting anonymity told IANS: “Till date, we have acquired about 39 per cent of the land.”

He said the NHSRCL has acquired 537 of the 1,387 hectares land required in Maharashtra and Gujarat.

In Gujarat, the NHSRCL has acquired 471 of 940 hectares of land, while in Maharashtra, it has acquired 66 of 431 hectares.

“Of the nine hectares land required in Dadra and Nagar Haveli, the agency has been unable to acquire even a single piece of land,” he said.

The government had set a deadline for December 2018 to clear the land acquisition roadblock.

Japan International Cooperation Agency (JICA) and the Union Railway Ministry have inked a memorandum of understanding (MoU) for the 508-km corridor, with Japan to partially fund the project.

The official said the railways has floated the tenders for the construction of tunnelling works, including testing and commissioning for double line high speed railway using tunnel boring machine (TBM) and New Austrian Tunnelling Method (NATM) between Mumbai underground station at Bandra-Kurla Complex and Shilphata in Maharashtra.

According to the official, a 21-km-long tunnel will be dug between Boisar and BKC in Mumbai, 7 km of which will be under the sea.

The NHSRCL official said that the design and construction of civil and building works including testing and commissioning of 237 km length of mainline for Mumbai-Ahmedabad High Speed Rail corridor between Zaroli village at Maharashtra-Gujarat border and Vadodara in Gujarat, which is 47 per cent of total length of the project, elevated except one mountain tunnel of about 280 metre, 24 river crossings and 30 road and canal crossings have been floated.

He said the tenders to construct the stations in Gujarat’s Vapi, Bilimora, Surat and Bharuch have also been floated.

The official said that the work on utility diversions on various locations is progressing well while the work at Sabarmati hub in Ahmedabad has started.

The bullet trains are expected to run at 350 km per hour covering the 508 km stretch in about two hours.

In comparison, trains currently plying on the route take over seven hours to travel the distance, whereas flights take about an hour. 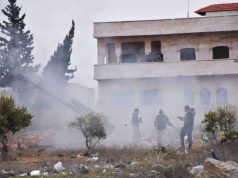