Pakistan has become a country of citizens who dread walking down the streets without looking over their shoulders for the anonymous men of the army and police who could make them “disappear“. Fear is the new tool in the hands of Pakistan Army to suppress any voice of dissent or protest against the Generals who are uncrowned monarch of a country and people who never thought they could become slaves to their own brutal army….writes Rifan Ahmed Khan

The number of missing persons in the past few years has been growing at such an alarming rate in Pakistan that a new province could be carved out for them with secret and illegal detention centres dotting the landscape, controlled by the military and security forces in different parts of country.

A large number of these missing men and women are Muslims, some Shias, many Baloch and Pathans, others Hazaras and a scattering of other minorities, journalists and bloggers. There is no day and night in this subterranean province, only the sound of terrible torture and agony and smell of death. It is the underbelly of the Deep State.

The latest Human Rights Commission of Pakistan (HRCP) report (2017) underlined the sordid fact that while Pakistan became a member of the UN Human Rights body this year, the human rights record has only plummeted further. The English daily, Dawn, commenting on the HRCP report noted that “ the details may change somewhat from year to year, even show an improvement here and there, but the overall picture of the state of human rights in this country remains dismal. The report…is a trenchant illustration of the fact that a decline in casualties due to terrorism does not necessarily translate into respect for people’s inalienable rights.

The editorial pointed out that “mob violence, especially driven by allegations of blasphemy, showed no let up; in fact, the nation plumbed a new low with Mashal Khan’s murder. Gender equality and sexual violence against women and children still pose a huge challenge. Moreover, sinister methods have been devised to stifle freedom of expression, both in mainstream and social media, and society in general. To this is linked yet another issue of grave concern which is escalating alarmingly: enforced disappearances.“

The HRCP, quoting the figures compiled by the Commission of Inquiry on Enforced Disappearances, said there were 868 cases of disappearances last year, more than in either of the previous two years. The figures given by the commission, which has been widely criticised for not doing enough to track down the missing persons, should be considered on the lower side. In fact, many NGOs have come out with far higher figures of `disappeared ` persons.

Dawn, in its comment, has been trenchant in criticising the enforced disappearances, calling it a stain on any civilised country, and pointed out that “ it is a manifestation of unrepresentative, unaccountable state elements tightening their grip over Pakistani society. The vile practice, which figures prominently in the playbook of some of history’s most infamous regimes, began in this country from the backwaters of Fata and the provinces and has now reached a point where anyone, anywhere, is fair game.“ The state elements referred to by the editorial are entities directly and indirectly supported by Pakistan Army.

In fact, the disappearances on large scale began in Balochistan where the military was pitted against the fearless and determined Baloch who wanted an end to decades of injustice and unfair treatment of a proud people. They wanted a share in the development, a slice of the resources pie which the Punjabi-dominated state usurped leaving the biggest province impoverished and its people on the margins.

When the army and the political establishment, especially the Zulfiqar Ali Bhutto regime, failed to quell the growing unrest, they resorted to heavy military offensive, as if they were confronting an arch and fearsome enemy. The Baloch became the enemy as their towns and houses were bombarded, razed to the ground and hundreds, men, women and children killed in merciless one-sided attack. When the military failed in direct confrontation with the Baloch, who adopted guerrilla tactics to outsmart a conventional military blockade and offensive, the deep state retreated, and decided to play a more vicious game.

Under the ruse of dialogue and development, the state began making people `disappear` from their homes, workplaces; many were picked off roads and streets, never to be seen. Anonymous armed men would surround the `target`, bundle him up in an unmarked vehicle and drive away. Secret detention and torture centres mushroomed across the province and outside where the abducted were tortured to death; their bodies were then dumped in mass graves. The hapless families never knew what happened to their men—husbands, brothers, sons and fathers.

But as the number of Missing Persons rose, so did murmurs of protest and indignation across the country. During the Musharraf regime, it reached such a crescendo that the Supreme Court of Pakistan decided to step in and hear all the habeas corpus cases filed in different courts. It was by then widely known that the Baloch were not victims of criminal gangs but the state itself. There were compelling evidence that behind the abductions was Pakistan Army and many of its secret units working under the ISI. The Chief Justice of Pakistan on several occasions had warned that unless the state provided a cogent response about the whereabouts of missing persons, he would summon the ISI chief to the court. This was unprecedented.

The Chief Justice paid for making such a statement a few months later—Musharraf threatened him at his residence and then ordered his sacking. A few months ago, Musharraf had earlier brutally bombed Baloch villages to hunt down veteran Baloch leader, Nawab Akbar Khan Bugti. It was an act of genocide committed by the military dictator.

As anger and protest mounted, the state chose to dump the tortured bodies in ditches and along roadsides—the missing persons began to appear, dead. But the abductions and torture did not stop. It only increased and expanded to include Sindhi nationalists and Pashtun tribesmen who were becoming restive with the relentless bombing of their home and hearth by Pakistan Army and other security forces under the guise of “war on terrorism“. There were now more Missing Persons than in the past and the fear was more widespread.

The journalists, a handful of them in any case, who dared to write about these cases, were threatened and a few of them were abducted, kept in illegal detention and released after being threatened. The onslaught on the media and social media activists, who were courageous enough to highlight these gross human rights violations, was relentless. Even the judges were frightened of hearing such cases. The HRCP report mentions that “a  judge of the Islamabad High Courtwas even heard saying during court proceeding that he would eitherdisappear or be assassinated when he was hearing the sensitive issue of theJails, Prisoners and Disappearances“.

Today, Pakistan has become a country of citizens who dread walking down the streets or stay at home without looking over their shoulders for the anonymous men of the army and police who could make them “disappear“. Fear is the new tool in the hands of Pakistan Army to suppress any voice of dissent or protest against the Generals who are uncrowned monarch of a country and people who never thought they could become slaves to their own brutal army. 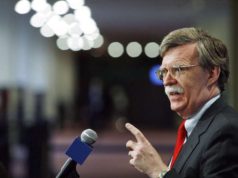 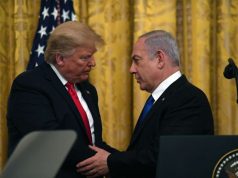