Scotland Yard subjected a black female officer to “vindictive … spiteful … insulting, malicious and oppressive” treatment and greeted her victory against the force in a discrimination case by trying to smear her name, a tribunal has found. In a damning judgment, an employment tribunal criticised officers including the Metropolitan police commissioner Sir Bernard Hogan-Howe, says a Guardian report. 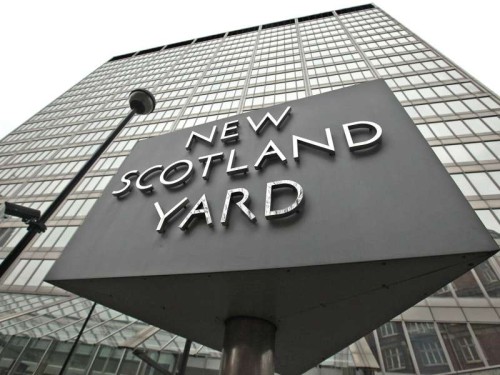 “The tribunal ruled in July that PC Carol Howard had been discriminated against because she was black and a woman and on Tuesday awarded her a total of £37,000 including aggravated damages to show its disapproval of the Met’s actions both before and after the case.

“Howard was an armed officer whom the force hailed as an example of its progress on race after a public inquiry report in 1999 found it to be institutionally racist. Instead, her treatment has led to severe criticism.

“The tribunal ruled she had been “singled out and targeted” for almost a year by one boss, acting Insp Dave Kelly, because of her race and gender. Kelly ordered junior officers to ask Howard about her sex life and whether she was sleeping with a colleague, it found. The tribunal had already found the Met had removed evidence of racial and sexual discrimination from documents it submitted to panel hearing PC Howard’s case. In a judgment published Tuesday explaining the level of damages it was ordering the police to pay, the tribunal savaged the Met for its reaction to the negative coverage it received, the report said.

“It found the Met released information about Howard’s arrest after a dispute with her husband to the media “to deflect attention and criticism” and to portray Howard in a negative light. It found that commissioner Hogan-Howe had used an interview after PC Howard won her case to seemingly condemn discrimination. But the tribunal said the commissioner’s remarks “contained no expression of regret … or any apology”. The tribunal also said Hogan-Howe’s comments that Howard’s ordeal was one incident involving one person was an attempt to brush it off.

“The force’s reaction after being found to have discriminated against PC Howard compounded her feelings of upset and anger suffered as a result of the discrimination, the tribunal found. Howard said the Met had tried to smear her, and warned more ethnic minority officers had suffered similar discriminatory treatment, the report said.

In a statement, Howard said: “I have been put through a two-year ordeal in which I have been bullied, harassed and victimised simply because of my gender and race. No amount of compensation will ever make up for the hurt and upset that I have been caused.

“The only reaction from the police was to smear my name by releasing misleading details of my arrests. I am glad that the tribunal recognised that this leak of information was a dirty trick by the Metropolitan police.

“It saddens me that I found myself in this position through no fault of my own but I do hope that lessons can be learned from my case which will allow more officers, suffering similar discriminatory treatment, to come forward.”

Howard, 35, had been in the force for 10 years, serving as an armed member of the diplomatic protection group and had previously been selected by the Met to appear in a newspaper feature ahead of theLondon 2012 Olympics.

The tribunal also said the Met should hold an independent review of its internal grievance procedure, known as fairness at work, and re-examine the handling of all complaints since 2009. The tribunal found the Met had a “policy” that led it to remove findings of discrimination or harassment from internal grievance investigations.

In a statement, the Met said it would not tolerate discrimination. “This case is in the process of being fully reviewed. It is essential that all staff and the public have full confidence in our fairness at work policy and we are commissioning an independent review of the policy. PC Howard’s experiences, as well as other cases, will help inform that review.

“We have noted the comments regarding press lines, there was no intent to deflect attention, but instead to ensure that the organisation was as open and transparent as possible whilst working within our guidelines. But we are deeply regretful of any additional distress this caused PC Howard.”