The Sultan of Brunei has made a bid for New York’s Plaza Hotel, Dream Hotel and London’s Grosvenor House hotel, the Wall Street Journal’s website edition reported on Saturday, citing people familiar with the situation. 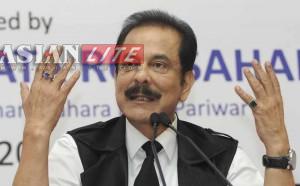 An investment firm affiliated with Brunei has offered to pay US$2 billion (S$2.5 billion) for the three hotels, which are currently owned by India’s Sahara conglomerate, WSJ.com said.

Sahara’s chairman Subrata Roy has been negotiating a sale of the company’s luxury hotels from a makeshift office in prison. He was  held for more than five months after failing to appear at a contempt hearing in a long-running dispute over his group’s failure to repay billions of dollars to investors who were sold outlawed bonds.

Roy’s lawyer S. Ganesh last week told India’s Supreme Court that the businessman was holding “very effective” negotiations with potential buyers and that the group had signed a preliminary accord for the hotels.