The permanent representative of India at the United Nation, Syed Akbaruddin, made a welcome departure from the Indian tradition of being far too cautious in rebutting the usual Pakistani garbage on Kashmir thrown around at the UN….writes Syed Shihabudheen

Without mincing words, while responding to the clichéd Pakistani litany of Indian ‘atrocities’ in Kashmir, he made three points quite bluntly that his predecessors and South Block have usually avoided: Pakistan covets the territory of others, extols the virtues of terrorists and provides sanctuary to UN designated jehadis. He, of course, did not fail to mention that Pakistan uses terrorism as a state policy.

The words spoken by Akbaruddin will, of course, not make any difference on the ground situation at a time when Pakistan has gone on an overdrive to internationalise the Kashmir issue. But his efforts need to be backed up with some sharp words from New Delhi because politeness and courtesies have for long not been much in evidence in India-Pakistan exchanges at the diplomatic or political levels.

The civilian government of Nawaz Sharif has fooled India enough by pretending to be supportive of ‘peace’ with India. Sharif, under threat from political rivals as well as the powerful army, and his ministers have shown their true colours by attacking Narendra Modi and upping the ante by calling for a Black Day on July 19 in support of Kashmiri militants.

Regardless of the person occupying the post, the army chief in Pakistan will always remain the most powerful person in the country—and India-baiter number one.    It is interesting that when Akbaruddin was delivering what by Indian diplomatic standards was a tough message to Pakistan, US lawmakers speaking at a Congressional hearing had come down more forthrightly on their duplicitous ‘ally’ Pakistan. They were joined by analysts and diplomats in expressing their disgust with Pakistan which they described as a terrorist state, undeserving of the US largesse it has been so heavily dependent on for years.

Being thick skinned, the Pakistanis may not be uncomfortable with the way they have been shamed in the US Congress—not for the first time.

Some of the things said about Pakistan in the US Congress: designate Pakistan a state sponsor of terrorism, cut off all aid, including educational and humanitarian, to that country because it frees up money for terror. ‘They are making chumps out of us’, said Congressman Matt Salmon and added, ‘they see being so stupid. It seems like paying the Mafia.’

A former ambassador to Afghanistan, himself of Afghan origin, Zalmay Khalilzad, spoke of how Pakistan manipulated the US by reaching out to officials with a charm offensive each time it had its back to the wall, promising to change but then not changing after collecting the money, easing off the pressure. He recalled how former dictator Parvez Musharraf had endorsed terrorism as long as it was directed at India.

While Pakistan was going all out in vilifying India over violence in Kashmir, its own reputation, such as it is, was further torn asunder.

Nabil quit his post last December, disgusted over Afghan President Abdul Ghani’s efforts to please Islamabad and Rawalpindi. Now even Ghani is said to be repentant after seeing how Pakistanis cheated him on facilitating talks with the Taliban. 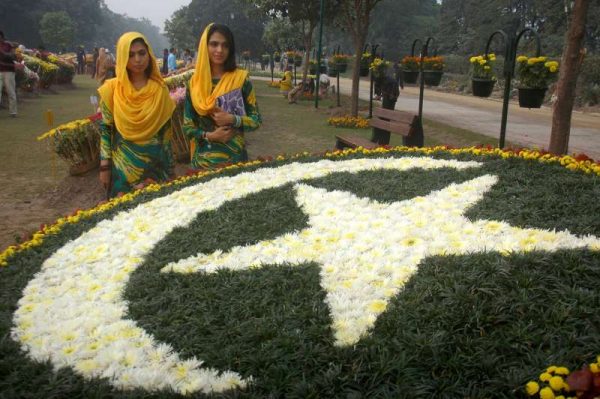 What the US lawmakers or a former Afghan intelligence official say about Pakistan’s roguish activities cannot form the basis of India’s response to Pakistan’s absurd charges. But they should persuade Delhi to make some telling references to Pakistan’s dalliance with terror while dealing with its verbal assault. Any ‘soft’ approach can be only counter-productive, encouraging Pakistan to make more wild allegations against India.

There have been far too many instances of India being taken for a ride by the Pakistanis in the matter of probing terror attacks originating in Pakistan. The world should not be allowed to forget that.

It is often said that India has options, other than war, for use against Pakistan. Whatever be these options, there is no gainsaying the fact that Pakistan must be countered at every corner with full force and vehemence.

It may still not be too late to get tough with Pakistan. Its ‘all-weather friend’ China cannot rescue it from all adverse situations. The first major opportunity for taking on the Pakistanis will come at the UN general assembly session in September when Pakistan will surely raise the Kashmir issue and with it pour out its fancy woes. India’s response has to be harder than ever before.

India has to work constantly for isolating Pakistan in the world and in all international forums, like SAARC, where it always arrives with a bagful of anti-India agenda, much to the chagrin of most delegates.

In the international community Pakistan does stand isolated and despised. But the lesson has to be constantly driven home since Pakistan is not going to give up its efforts to vilify India.