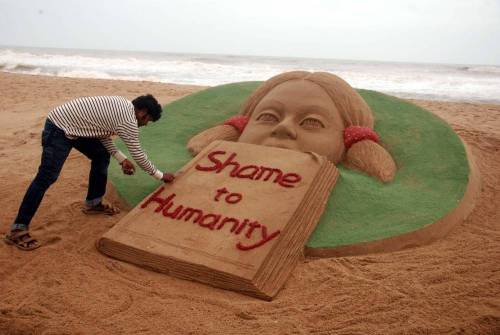 One in five girls in India has experienced physical violence since 15 years of age, according to a report released by UNICEF here .

The figure translates into 12 million girls, said the report, which used data from the National Family Health Survey.

It said that 4.5 percent of girls aged between 15 and 19 years have experienced forced sexual intercourse or other forms of forced sexual acts and in 77 percent of such cases, the perpetrator of sexual violence is the husband or partner.

In India, one in three (or 34 percent) of adolescent girls married or in union has experienced physical, sexual or emotional violence by her husband or partner, it said.

Among the girls aged 15-19 years, married or in union, over one in 10 girls has experienced sexual violence by her partner, the report said adding almost half of the girls and boys justify wife beating.

“Questions related to violence against children are not reported in national surveys,” she said.

The UNICEF said it was focused on promoting a campaign against such violence using digital platform.

Joachim Theis, chief of child protection, UNICEF India said: “Currently our big focus is to have a clear understanding of violence against children and mobilise people.”

“Aiming to create awareness on these issues, UNICEF has created a social media platform which would talk about all kinds of violence and also issues like child marriage,” said Maria Fernandez, communication specialist, UNICEF India.

“We have also created posters. We want to ask people to take action,” she said adding that the slogan for the campaign would be “It starts with me”.

“On Oct 10 we would be launching the action plan for the campaign,” she said.