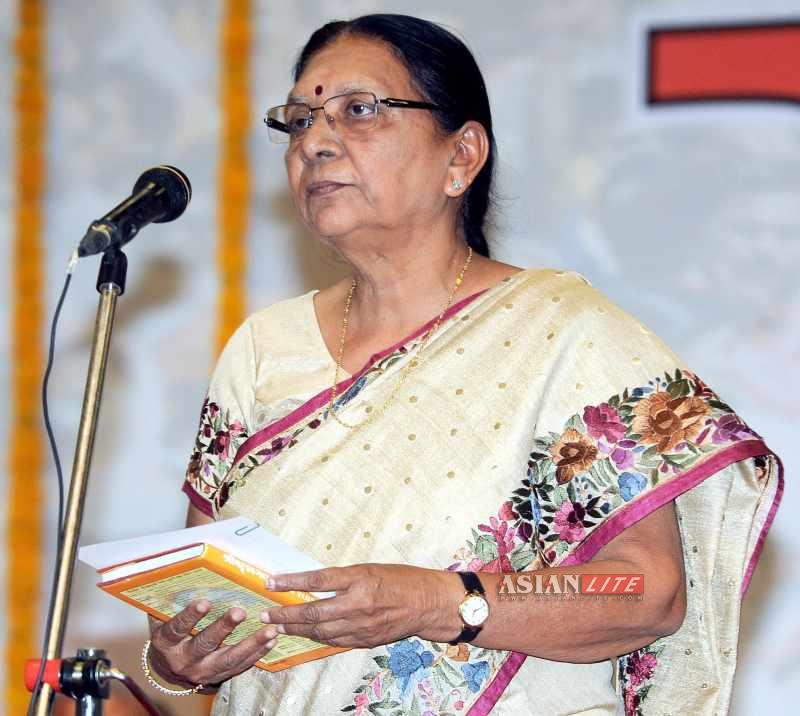 Anandiben Patel: Gujarat’s first woman CM
Some 25 years ago, without a second thought, a woman school teacher plunged into the Narmada river and rescued two young girl students who were drowning. The teacher was 47 years old then. Today, at the age of 73, Anandiben Patel is all set to become Gujarat’s next and first woman chief minister, succeeding Narendra Modi.
Both Patel and Modi, 11 years younger, studied at the N.M. High School in Visnagar village in Mehsana district.
Patel’s act of bravery in 1987 won her many national and state honours. Now the focus is again on the soft-spoken Patel as she prepares to govern Gujarat, a state now at the heart of Indian politics.
Her elevation now is a far cry from the days when she refused all promotions at school as administrative responsibilities in a senior post would have deprived her of her passion — teaching.
After her act of bravery, Patel was coaxed by BJP activists to join politics. It was finally her husband and RSS functionary Mafatbhai Patel — they separated later — who convinced her into taking the political plunge.
She did that, reluctantly. A few months later, the young Modi became general secretary of the Gujarat Bharatiya Janata Party and made her the BJP women’s wing president.
Partly due to Modi’s backing and partly because Gujarat had no other woman leader from the powerful and affluent Patel community, Patel’s stars were on the ascendant. She got a Rajya Sabha nomination in 1994.
She quit the Rajya Sabha in 1998 to fight her first election in Gujarat — and has remained the longest serving woman legislator in the state.
Over the years, Patel worked under two chief ministers — Keshubhai Patel and Modi.
Patel has handled the education portfolio and virtually turned around the department, and is presently handling key ministries like revenue, urban development, roads and buildings.
“Behind her soft exterior is a tough and decisive woman who knows exactly how to deal with the bureaucracy and get work done without any excuses or compromises,” said former journalist Bashir Pathan, who has watched her political career for two decades.
Even in her high school, she was the only girl – and a good athlete – among 700 male students.
She went on to do masters in science and education. A mother of two, she is also known to do yoga and pranayam regularly.
Over the years as minister and four-time legislator, Patel earned the confidence of Modi who made her chairperson of a group of ministers which ruled Gujarat after he was declared the BJP’s prime ministerial candidate in September 2013 and began remaining mostly away from the state.

The farmer’s daughter showed dedication in running her departments efficiently, besides managing the show in Modi’s near-total absence from Gujarat.
Patel has earned laurels for unprecedented enrolment in schools, comprehensive land surveys and digitization of all land records.
In the corridors of power in Gujarat, most fear the soft-spoken ‘Ben’ (Anandi-Ben) as an alter ego to the stern ‘Bhai’ (Narendra Bhai) Modi and consider her as probably the most capable to take over the reins of the state administration after Modi’s meteoric rise in national politics.
Patel’s early life was dedicated to teaching at the M.K. Vidyalaya in Ahmedabad, involving herself in educating widows and poorer sections, and promoting women’s self-help groups.
As a minister, Patel has toured the state extensively.
Patel is said to be a simple person who is fond of vegetarian Gujarati food — and cotton saris.