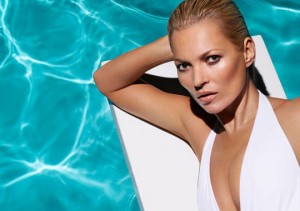 Kate Moss has topped the list of Britain’s richest models, surpassing the likes of Claudia Schiffer and Naomi Campbell.

The 40-year-old icon who shot to fame when she was signed by Storm Model Management aged just 14, has been crowned the wealthiest model with an estimated fortune of 55 million pounds, according to a new list published in The Times newspaper.

She is followed by British-based beauty Schiffer, 43, who divides her time between London and Suffolk with her husband Matthew Vaughn and their three children. She is said to have made a whopping 50 million pounds throughout her 20-year career.

They are followed by Campbell, who boasts a 20 million pounds fortune and has most recently been seen on “The Face” where she mentors young catwalk talent, reports femalefirst.co.uk.

Alek Wek, 37, comes in fourth place with 15 million pounds, while Erin O’Connor, 36, rounds up the top five with 12 million pounds.