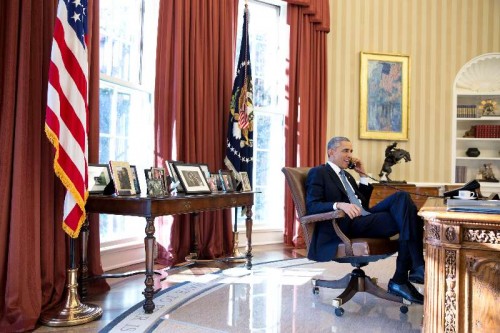 US President Barack Obama surprised three women this week when he called them to congratulate them for Mother’s Day, which is celebrated on the second Sunday in May, the White House has said.

What the three mothers had in common was they had written a letter to the president in recent months and received a reply stating that they would receive a call from the White House, but they did not expect Obama on the other end of the phone, Efe news agency reported.

The president made the calls on Wednesday, but the White House did not release until Sunday, “Mother’s Day”, a 90-second video with excerpts of the conversations the president had with the three women.

Obama thanked them for their work and said he knew “how hard” it was to raise children and that without his mother they could never have achieved what they had done.

The president’s mother, Ann Dunham, died in 1995 as a result of ovarian cancer.

Barack and Michelle Obama have two daughters, Malia (16) and Sasha (13).