The ongoing coronavirus pandemic in the US has led to the alteration of commemoration events across the country on Friday to mark the 19th anniversary of the September 11, 2001 terror attacks.

The 9/11 Memorial and Museum in New York will open on Friday for family members of the victims after being closed for six months, reports Xinhua news agency.

Public can visit on Saturday with timed tickets and all social distancing rules in place.

In New York, ceremonies will be held at the memorial plaza and a corner nearby.

Instead of stages set up on the occasion this year, hand sanitizer stations installed by crews in masks will dot the grounds in Lower Manhattan, local media reported.

“It was, how we could do it safely, that became a question for us,” said 9/11 Memorial and Museum Director Alice Greenwald.

“We’ve always had a stage. And we’ve seen too many examples of when you have a stage, people naturally gather.”

Family members have pre-recorded victims’ names, which will be streamed online on Friday morning, according to an NBC News report.

Victims’ families can still gather in person at the memorial but NYC Fire Commissioner Daniel Nigro said in a memo last month that the department “strongly recommends” firefighters not participate in 9/11 observances this year.

The ringing of bells, signifying each of the four coordinated attacks, will also take place, complete with honour guard. 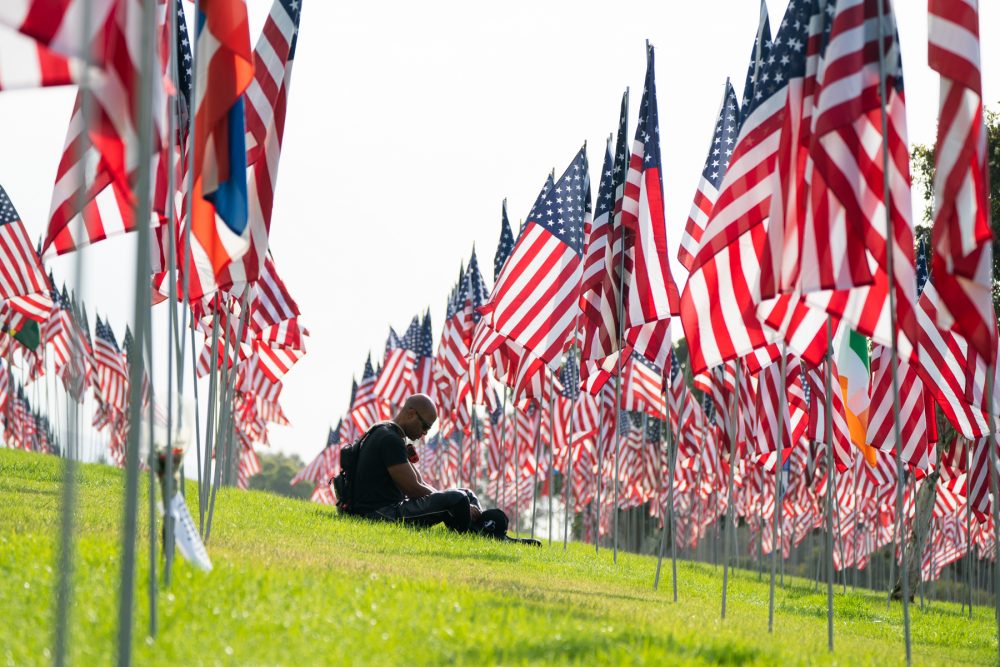 Concerns over the coronavirus at first cancelled The Tribute in Light, the beams of light that soar into the air.

But Memorial officials, with state and donor support, have finally worked to make sure the production crew are safe.

In Pentagon, this year’s ceremony will be held without victim families’ attendance, and their loved ones’ names will be recited also by a recording, rather than readers on-site.

The victims’ relatives can visit the Pentagon’s memorial in small groups later in the day.

President Donald Trump and his Democratic rival Joe Biden have planned to attend a truncated ceremony at the Flight 93 National Memorial near Shanksville, Pennsylvania.

The Flight 93 memorial has also sclaed down its usual 90-minute ceremony, partly by eliminating musical interludes.

Memorial spokeswoman Katherine Cordek said the names of the 40 people killed there would be read, but by one person instead of multiple family members.

Biden’s campaign said on Thursday that the former Vice President has pulled its TV ads off the air for Friday to commemorate the anniversary.

“On September 11th, Biden will commemorate the anniversary of the attack on our country and will honor the incredible bravery, tragedy, and loss we experienced on that day,” Michael Gwin, deputy rapid response director for Biden for President told The Hill news website.

On September 11, 2001, the US came under multiple attacks, carried out by the Taliban militant group, after four civilian aircraft were hijacked and steered toward prominent buildings.

Three of the planes hit their targets in New York and Washington D.C., while the fourth crashed en route to Washington as its passengers battled for control of the aircraft with the hijackers.