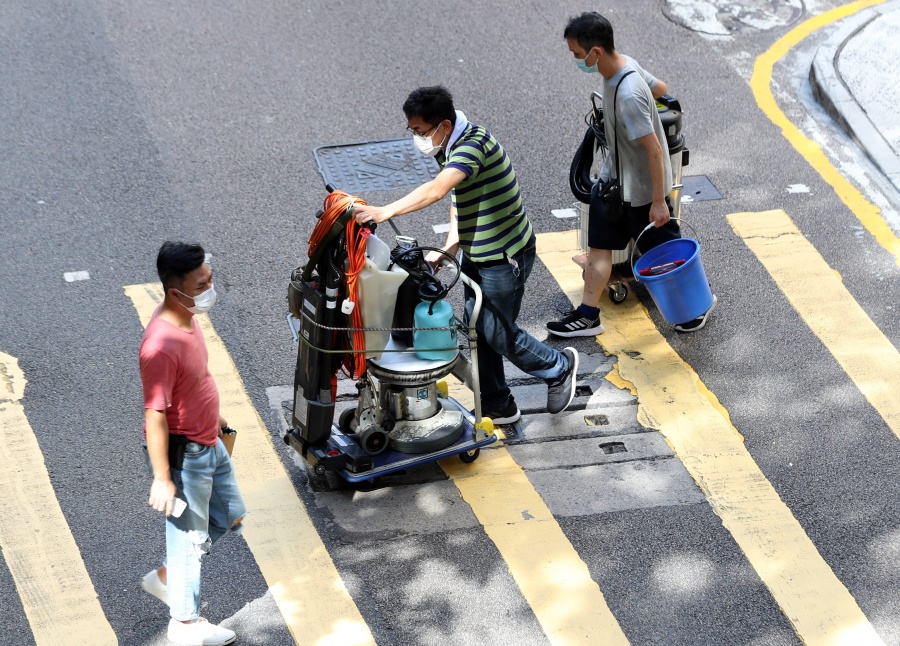 Hong Kong’s jobless rate edged down during the May-July period, ending a gaining streak for nine three-month periods, but still remained at a relatively high level as the COVID-19 epidemic continued to weigh on the economy.

The unemployment rate was 6.1 percent for the past three months, retreating from the over 15-year high of 6.2 percent from April to June, data from the Hong Kong Special Administrative Region (HKSAR) government showed on Wednesday. Over the same period, the underemployment rate also dropped mildly from 3.7 percent to 3.5 percent, Xinhua news agency reported.

Secretary for Labour and Welfare of the HKSAR government Law Chi-kwong attributed the decline to temporary abating of the epidemic in May and June and the launch of an employment support scheme.

But he stressed that “the labour market remained austere…and will remain under significant pressure in the near term.”

The unemployment rate of the consumption- and tourism-related sectors combined edged up to 10.8 per cent in the May-July period, the highest since the SARS outbreak in 2003.

Of all, the rate for the food and beverage sector stood at 14.6 per cent, and that of the construction sector edged up to 11.3 per cent. The situation improved in several sectors, including information and communications, professional and business services, and education.

As surging infection cases further clouded Hong Kong’s economic outlook, the HKSAR government has rolled out relief measures on an unprecedented scale, including a series of measures on job retention and job creation, which help keep workers in employment, Law said, adding that the government will continue to monitor the situation closely.