The family members of the converted Sikh girl Jagjit Kaur from Nankana Sahib in Pakistan have written a letter to authorities asking them to make a passport for them as they want to leave Pakistan, according to media reports. 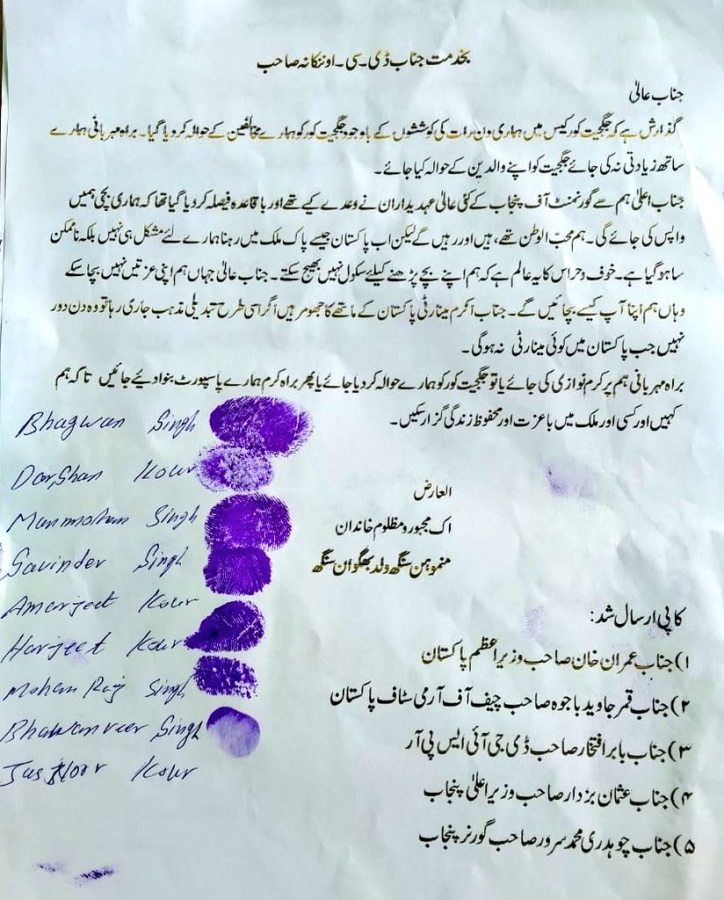 The letter asks the authorties to “hand over Jagjit Kaur to us” or “have our passports made so that we can live a safe life in another country”.

Earlier, a court ruled that the girl should go with her husband Muhammad Hassan who said that Jagjit alias Ayesha Bibi married to him on her own accord, something that is disputed by her family.

The letter also reportedly said that living in a country like Pakistan has become not only difficult but impossible for us.

Jagjit Kaur is the daughter of the Granthi of Nankana Sahib Gurudwara, one of the holiest Sikh places of worship since it is the birthplace of the founder of Sikhism, Guru Nanak.