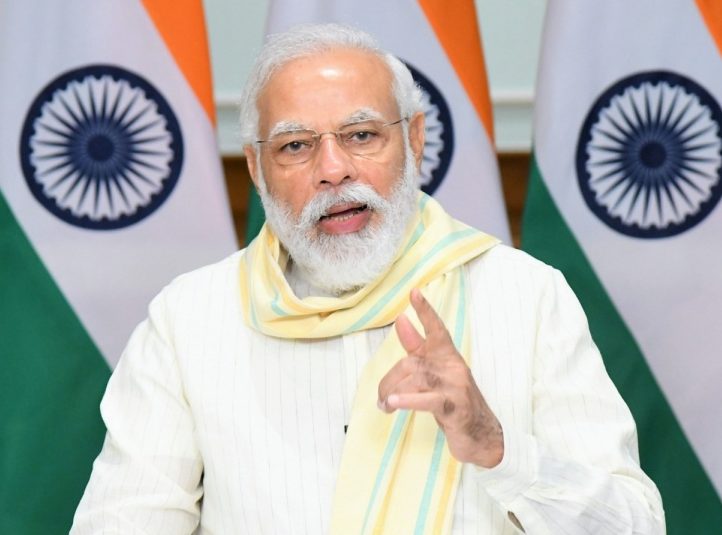 The much anticipated taxpayers’ charter which comes into effect from Thursday mandates the Income Tax Department to publish standards for service delivery in a periodic manner.

The Charter was launched with the inauguration of the ‘Transparent Taxation’ platform by Prime Minister Narendra Modi.

Consequently, the move brings into effect faceless assessment of taxpayers, faceless appeals and the Rights’ Charter for the taxpayers.

With the ‘Transparent Taxation Honouring the Honest’ that is aimed at carrying forward the journey of direct tax reforms, the taxpayers would not be harassed or treated with suspicion here on.

Speaking at the launch, the Prime Minister said that India is among a few countries giving such rights and dignity to the taxpayers.

He said that the charter has been introduced with defined rights and responsibilities. From here on the Income Tax Department cannot doubt anyone without a basis, he said.

Modi is of the view that the structural reforms will add a new dimension along with the transparent taxation platform. He also noted that reforms should be policy-driven and holistic.

Modi pointed out that tax dispute appeals will also be faceless.

He cited that technology has changed allowing for scrutiny process to be distributed randomly. Furthermore, he said that tax scrutiny rate has reduced by a fourth in the last few years. In FY19, there was only 0.26 per cent scrutiny.

Speaking of the recent measures, he said that nearly 3 lakh cases were resolved under the ‘Vivaad Se Vishwas’ scheme.

He also appealed to the citizens and said that those who are capable of paying taxes but not in the tax net should also voluntarily pay taxes.

The charter also says that the Income Tax Department shall not disclose any information provided by the taxpayer unless authorised by law.

The department will provide a mechanism for lodging a complaint and prompt disposal thereof.

Further, a mechanism would be put in place for “fair and impartial” appeal and review.

“The department shall provide a fair and impartial system and resolve the tax issues in a time-bound manner,” it said.

According to the charter, the I-T department shall treat every taxpayer as “honest” unless there is a reason to believe otherwise. It will provide prompt, courteous and professional assistance in all dealings with the taxpayer.

The department will have to take decision in every income tax proceeding within the time prescribed under law and it will follow due process of law and be “no more intrusive” than necessary in any inquiry, examination or enforcement action.

Along with other duties of the I-T department which has time and again faced criticism regarding tax harassment, the charter also lays down the responsibilities of the taxpayer.

Apart from calling on the taxpayers to pay amounts due as per law and make submissions in a timely manner, the charter also says that the taxpayer should keep accurate records required as per law.

“Taxpayer is expected to be aware of his compliance obligations under tax law and seek help of the department if needed,” the charter said.

Further, the taxpayer should also know what information and submissions are made by his authorised representative, it said.

Speaking at the launch event, the Prime Minister added that India is among few countries giving such rights and dignity to the taxpayers.

He said that the charter has been introduced with defined rights and responsibilities.

The reform measures have also begun to be taken up in the operations and processes of the I-T department. In a major move to curb unauthorised income tax surveys and raids, the Centre has now come out with an order that only the Director General of Income Tax (Investigation) and the Chief Commissioner for Income Tax (TDS) can approve I-T raids.

In an order, the Central Board of Direct Taxes (CBDT) directed that the officers posted in Directorates of Investigation and Commissionerates of TDS, “only and exclusively” shall act as “income tax authority” for the purposes of power of survey under section 133A of the Income Tax Act.

“The competent authority for approval of such survey action u/s 133A of the Act shall henceforth be DGIT (Inv) for investigation wing and Pr. CCIT/CCIT (TDS) for TDS charges, as the case may be,” said the order.

It noted that the survey action under section 133A of the Act being an intrusive action, it is expected that the same should be carried out with utmost responsibility and accountability.

Under section 133A of the Income Tax Act, an income-tax officer or any authorised inspector of income tax can enter any place within the limits of the area assigned to him, or any place occupied by any person in respect of whom the income-tax officer exercises jurisdiction or at which a business or profession is carried on, for tax surveys and raids.

The concerned officer may also inspect books of account or other documents as he may require and which may be available at such place.

In another order CBDT has directed that all the assessment orders shall hereafter be passed by National e-Assessment Centre through the Faceless Assessment Scheme 2019. Any assessment order which is not in conformity shall be treated as “non-est” and shall be deemed to have never been passed.

Both the orders come into effect immediately. The developments come in the wake of the launch of the ‘Transparent Taxation’ platform which rolls out faceless assessment and appeals along with the taxpayers’ charter of rights.