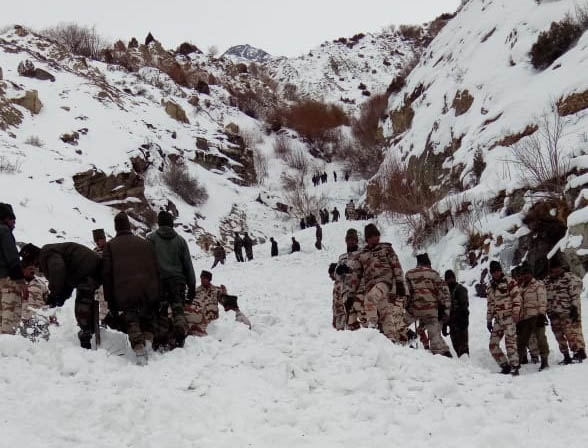 China has deployed high altitude artillery guns in Tibet amid the ongoing border tension with India in eastern Ladakh.

“The artillery guns, at an altitude of 4,600 meters, are deployed in Tibet general areas since last week of July,” sources said.

It was also revealed that China has deployed its ‘150 Light Combined Arms Brigade of 77 Combat Command’ in Tibet Military District. The combined arms brigade is an adaptation of the American brigade combat team concept of efficient control and integration of various arms, rather than simple convergence. China has increased deployment of forces manifold in the Tibet region and has positioned the Combined Arms Brigade in deep areas near the Line of Actual Control with India.

The border tension between India and China has not been resolved despite several rounds of military and diplomatic talks. China’s commitment for disengagement at the border in eastern Ladakh remains unsatisfactory and India has directed its armed forces to prepare for a long haul.

China has also set up permanent structures near the border areas going against its commitment to India of disengagement.

The dispute started at the borders in eastern Ladakh after China changed the status quo on the Line of Actual Control at various places, moving inside Indian territory. India has objected to it and is taking up the matter with China at all levels.

Engaged with India at their border in eastern Ladakh, China is, at the same time, helping Pakistan to enhance its firepower by selling to it state-of-the-art defence items. Intelligence sources said Pakistan is procuring medium-altitude, long-endurance unmanned aerial vehicle ‘Cai Hong-4’ (CH-4) from China in bulk.

It was also found that Iqbal had also visited China in December 2019 for the factory acceptance test of the first tranche of Cai Hong-4 for which delivery was to commence in 2020.

The CH-4 has a take-off mass between 1,200-1,300 kg, depending on the variant, and can also carry a wide range of payloads. It is now in service with various military forces, including the Iraqi Army and the Royal Jordanian Air Force.

Sources also stated that the ALIT has offered Pakistan command and control options for these UAVs, including direct line-of-sight and satellite communications. 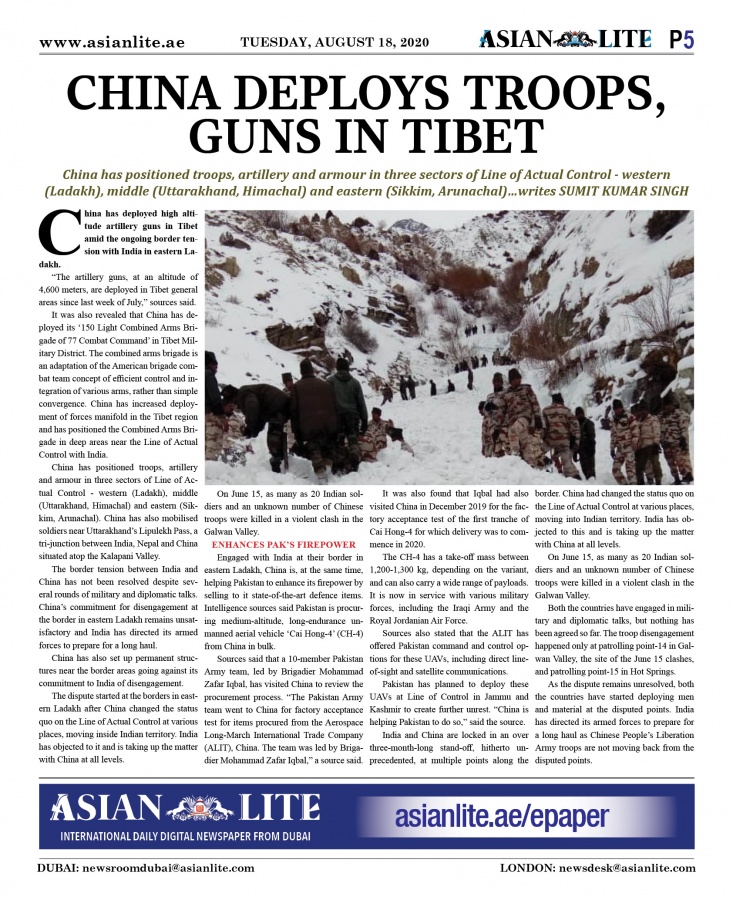 Pakistan has planned to deploy these UAVs at Line of Control in Jammu and Kashmir to create further unrest. “China is helping Pakistan to do so,” said the source.

India and China are locked in an over three-month-long stand-off, hitherto unprecedented, at multiple points along the border.

China had changed the status quo on the Line of Actual Control at various places, moving into Indian territory. India has objected to this and is taking up the matter with China at all levels.

Both the countries have engaged in military and diplomatic talks, but nothing has been agreed so far. The troop disengagement happened only at patrolling point-14 in Galwan Valley, the site of the June 15 clashes, and patrolling point-15 in Hot Springs.