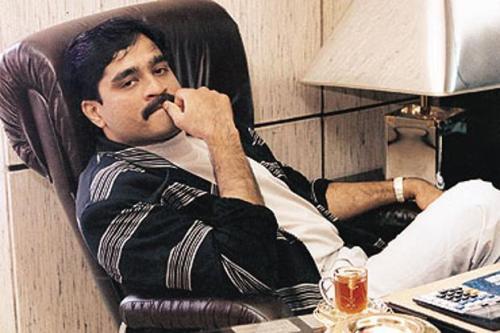 Nestled in the beautiful Windward Islands of the Caribbean, the Commonwealth of Dominica (CoD) is a country with a small population of less than 80,000 people. With the help of Pakistan’s Foreign Affairs Ministry, underworld don Dawood Ibrahim has acquired the passport of CoD under its Economic Citizen Programme, reveals the latest dossier on the Karachi-based kingpin of D-Company, prepared by Indian intel agencies.

As India alerted CoD, the Don’s best laid plans of escaping to the Caribbean were spiked.

The dossier submitted to the UN and partially accepted by Islamabad lists eight addresses of Dawood, including six in Karachi. Pakistan has admitted only three out of these eight addresses. These are the White House in Clifton, House at 30th Street, Defence Housing Authority and a palatial bungalow in the hilly area of Noorabad in Karachi.

The dossier mentions a new address where Dawood has purchased an entire floor at Mehran Square in Clifton area. Another new house has been purchased in the Shireen Jinnah Colony, near the Ziauddin Hospital in Clifton. Dawood, who is not in the best of health usually gets admitted in Ziauddin hospital. Dawood has also bought two bungalows on the posh Margalla road in Islamabad. 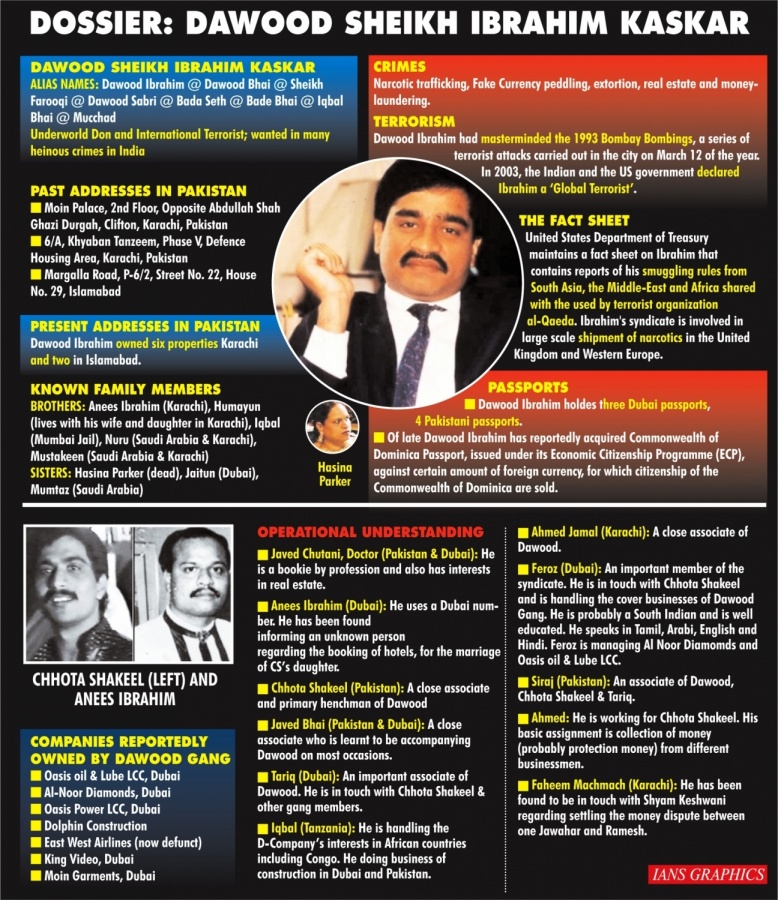 The dossier says that Dawood’s younger brother Anees Ibrahim, who controls the financial empire of D-Company, lives with his family at bungalow DC-13, Block 4 Clifton road. Not far from this place, Chota Shakeel who controls underworld activities, resides in the Defence Housing Authority area. Dawood’s two other brothers Humayun and Mustakeen also shuttle between Saudi Arabia and Pakistan. Humayun, who looks after some of the legitimate businesses of D-Company mostly lives in Karachi.

The dossier reveals that the D-company’s main underworld activities are focussed around narcotics dealings, gun running, money laundering and hawala operations. However, the organised crime gang, rated as one of the top ten in the world, has purchased real estate properties running into billions of rupees. The D-Company has assets in Pakistan, the UAE, Saudi Arabia and other countries in the Middle East. It also runs betting syndicates in cricket, mostly operating from Dubai.

The gang has links with terror networks. Dawood had masterminded the 1993 Bombay serial bombings, a series of terrorist attacks carried out in the city on March 12 of the year. 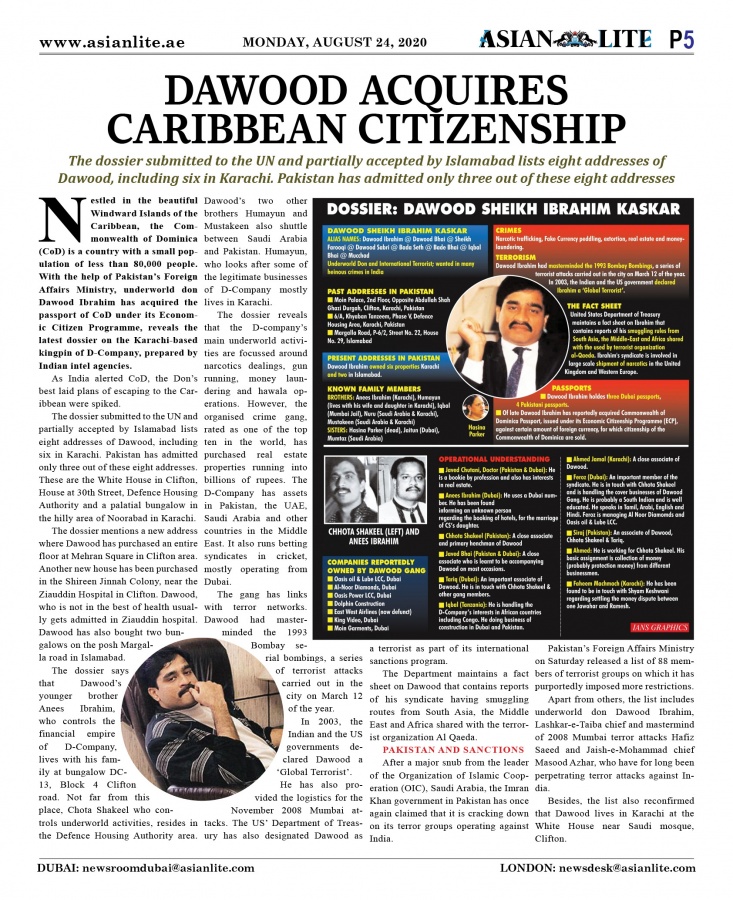 In 2003, the Indian and the US governments declared Dawood a ‘Global Terrorist’.

He has also provided the logistics for the November 2008 Mumbai attacks. The US’ Department of Treasury has also designated Dawood as a terrorist as part of its international sanctions program.

The Department maintains a fact sheet on Dawood that contains reports of his syndicate having smuggling routes from South Asia, the Middle East and Africa shared with the terrorist organization Al Qaeda.