Union Sports Minister Kiren Rijiju has said that BRICS Games 2021 is being planned and will be aligned with the Khelo India Games schedule in India.

“BRICS Games 2021 will be held during same time and at same venues as of Khelo India Games 2021 so that our players from various parts of the country who will gather for Khelo India Games will have the benefit and great opportunity of witnessing BRICS Games from close quarters. This will be a great morale booster and motivational moment for them,” Rijiju said on Tuesday.

He made these comments as he attended the meeting of sports ministers of the BRICS nations and spoke about the importance of sport in improving the living standards and quality of life of citizens as well as of collaboration between BRICS nations in taking sport forward in post COVID-19 era. 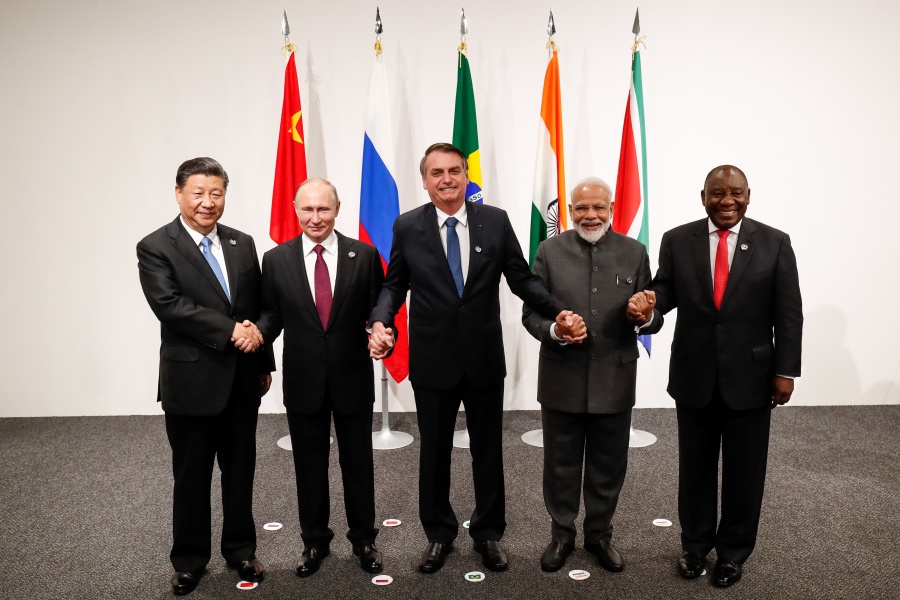 Speaking about organising sporting events as India unlocks, he said, “During India’s 2021 Chairmanship of the BRICS, Sports and Games will be one of deliverables. The government of India organises annual sports competitions under the Khelo India Scheme.”

Stressing on the importance of building a fitness and sporting culture to promote well-being of citizens, Rijiju said: “One of the Sustainable Development Goal (SDG) for UN Agenda 2030 is ‘to ensure healthy lives and promote well-being for all, at all ages’.”

“To aligning sports activities and programs with this SDG, the government of India has taken several initiatives and launched schemes and programs. To keep people healthy and fit, Prime Minister Narendra Modi, launched FIT INDIA movement in August 2019.” 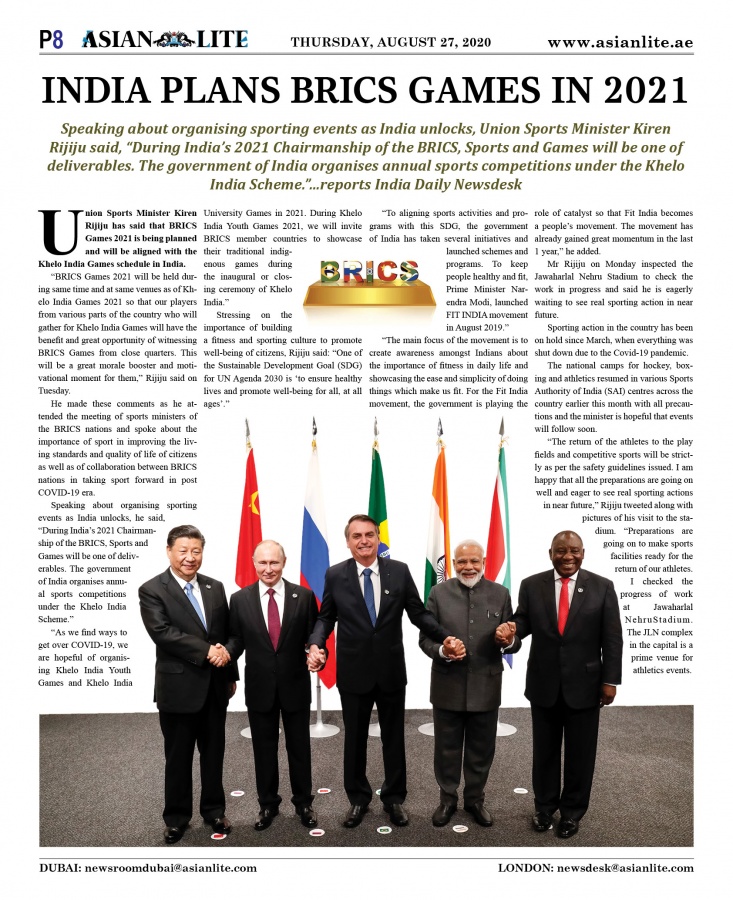 “The main focus of the movement is to create awareness amongst Indians about the importance of fitness in daily life and showcasing the ease and simplicity of doing things which make us fit. For the Fit India movement, the government is playing the role of catalyst so that Fit India becomes a people’s movement. The movement has already gained great momentum in the last 1 year,” he added.