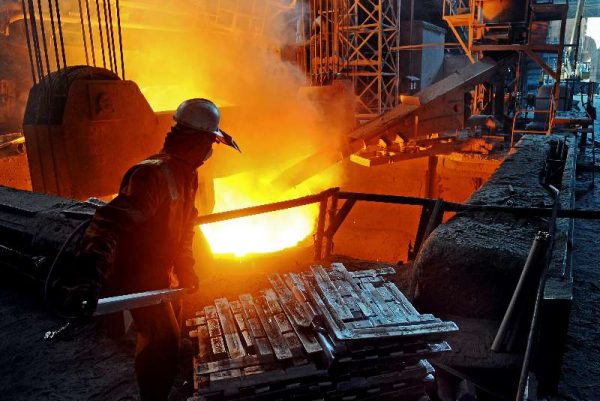 Even as various restrictions are being looked by government agencies to curb Chinese imports, the neighbouring country has provided big export support to Indian steel industry saving it from the blushes of a weak domestic demand and consequent fall in production.

According to a report by CRISIL Research, India turned net exporter of steel to China for the first time in several years, with 69 per cent of semi-finished steel and 28 per cent of finished steel heading there between April and August.

Indeed, it was exports that saw large primary steel makers through the peak lockdown months, with 60-80 per cent of their total production between April and August finding its way to various destinations, with China leading the pack.

However, the jump in exports – by as much as 400 per cent on-year in June – has come off peak since then, owing to easing of domestic lockdowns and some revival in economic activity, reclaiming domestic demand for steel.

For China, supply disruptions and elevated global iron ore prices led to higher steel imports in these months, given that it imports over 90 per cent of its iron ore requirement. While global steel prices were on a slide from end-February till June, iron ore prices soared, led by supply side disruptions, especially in Brazil and Australia.

Iron ore prices zoomed past coking coal prices – another first in the past 25 quarters. This prompted port-based capacities in China to import semis and process them further in order to save on increased iron ore costs.

More than two-thirds of Indian semi-finished exports were to China in April-August.

Notwithstanding soaring iron ore prices, global steel prices fell to a low of $409 per tonne in April, the lowest since October 2016, given weak demand and limited export opportunities. But demand recovery in China, especially in the current quarter, aided a 9 per cent on-month rise in steel prices in August to $502 per tonne.

CRISIL Research expects global steel prices to rise here to close at $460-490 per tonne, or 3-5 per cent lower on-year.

In India, though, the fall in domestic prices has been limited, owing to rupee depreciation (which impacts global landed prices). August also saw domestic prices climb back 8 per cent on-month on account of a mild recovery in domestic demand. Thus, while global steel prices will witness a 3-5 per cent drop on-year in calendar 2020, domestic

Prices are expected to decline only 1-2 per cent, also given that anti-dumping duties are in place, the report said.