Former Pakistan Prime Minister Nawaz Sharif has come down heavily on the Imran Khan-led government during a meeting of the opposition parties. Addressing the All Parties Conference (APC), Sharif said that the country’s economy has been completely destroyed during the past couple of years.

“Pakistan economy has been completely destroyed during the last two years as the Pakistani rupee has gone even below the Nepalese rupee,” the Dawn quoted Mr Sharif as saying. The former PM  who is currently in London for treatment joined the meeting virtually from London.

Sharif who didn’t mince words called the present dispensation as ‘worthless’. He heavily criticised the forces within the nation which disrupts the democratic processes and violates the constitution.

Dawn reported Sharif as saying that under the present government the “dictators” are allowed to have full power and on the other hand people who follow the law are being put in jail.

The assistant registrar of the Islamabad High Court (IHC) reportedly directed the Foreign Secretary to ensure that the former leader appears before it on September 22.

he IHC earlier had earlier issued non-bailable arrest warrants for the former Prime Minister, while dismissing his application seeking exemption from personal appearance in the hearing of appeals against his conviction in the Al-Azizia and Avenfield properties corruption cases.

Sharif has been in the UK since November 2019, after getting bail from the court on medical grounds and securing permission from the Pakistan Tehreek-i-Insaf government.

Earlier this month, he was declared a proclaimed offender over his continuous absence from proceedings and an Accountability Court issued a perpetual warrant for his arrest over his continued no-show.

Pakistan’s major opposition parties announced that they have formed an alliance to demand the ousting of the incumbent Imran Khan-led government, it was reported on Monday.

After naming their alliance as the Pakistan Democratic Movement (PDM), the leaders on Sunday also announced the launching of a three-phased anti-government movement under an “action plan” starting from next month with countrywide public meetings, protest demonstrations and rallies in December and a “decisive long march” towards Islamabad in January 2021, reports Dawn news. Briefing reporters at the conclusion of more than eight-hour-long PPP-hosted multi-party conference (MPC) which was also addressed by deposed Prime Minister Nawaz Sharif and former President Asif Ali Zardari through video link, the opposition leaders announced that they would use all political and democratic options, including no-confidence motions and en mass resignations from Parliament, to seek “the selected Prime Minister’s resignation and an end to the role of the establishment in politics”.

The details of the “action plan” were presented before the media by JUI-F chief Maulana Fazlur Rehman in the presence of PML-N President Shahbaz Sharif and vice president Maryam Nawaz, PPP chairman Bilawal Bhutto-Zardari and other prominent opposition leaders at a press briefing.

Before announcing the “action plan” aimed at ousting the present government, the JUI-F chief also read out a 26-point declaration in the form of a resolution containing various demands, including “end of establishment’s interference in politics, new free and fair elections after the formulation of election reforms with no role of armed forces and intelligence agencies, the release of political prisoners, withdrawal of cases against journalists, implementation of the National Action Plan against terrorism, speeding up of the projects under China-Pakistan Economic Corridor and across the board accountability under a new accountability law”. 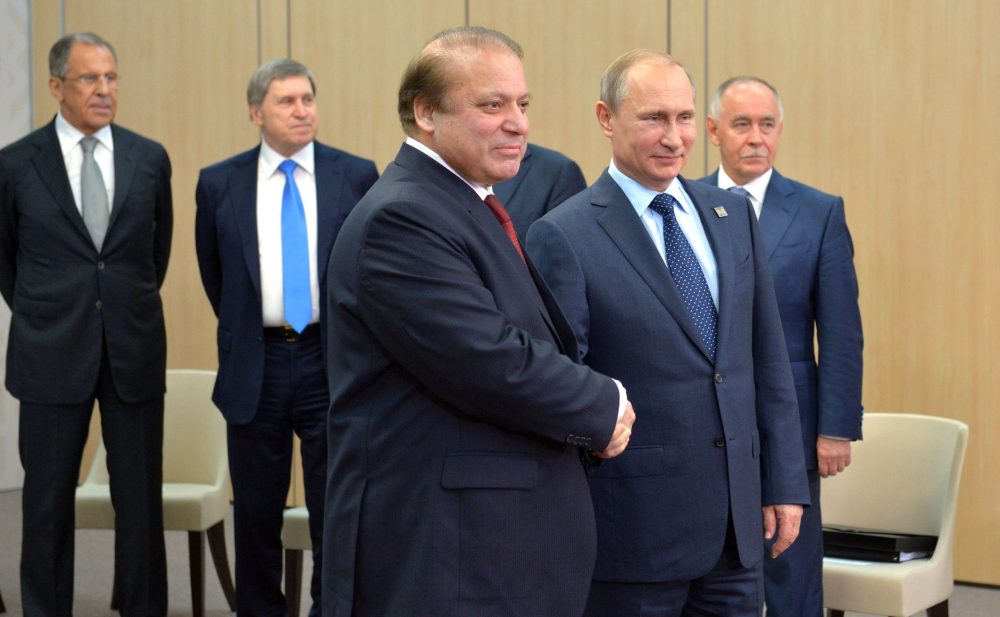 Through the resolution, the opposition parties also demanded sacking of Special Assistant to the Prime Minister on Information retired Lt Gen Asim Saleem Bajwa and a transparent investigation into the media report about his offshore businesses and properties.