I am appalled to read about the actions of a few unelected, self-appointed Sikhs who have removed Shri Granth Sahib’s Sarup (Holy Book) from the house of the former Principal of Khalsa College in Amritsar by claiming that he cooks and eats eggs at home.

It appears these people have claimed ownership upon the Sikh faith to decide how people must respect the holy book. Are they going to ban all those who eat meat and eggs and also drink alcohol from entering the Gurdwaras? If they do, then most of the Gurdwara will be deserted, and without the donations, it will be impossible for the Gurdwaras to remain open for much longer.

According to the Sikh faith, there is no restriction against entering Gurdwaras after eating meat or eggs as the body is the flesh itself. There are passages against meat, in the Adi Granth. Guru Gobind Singh, however, prohibits the Khalsa the use of Jahtka whereby an animal is killed with one blow. These fanatics misrepresent the teachings of our Gurus and interpret them according to their limited vision and common sense.

Most of the Sikhs in the Indian Armed Forces eat eggs, meat and enjoy drinks and still carry Sikh holy scripture with them and even to the battlefields. What about the Nhang Singhs who enjoy a drink made out of Bhang (Leaves and flower tops of cannabis)?

Hazur Sahib and other Gurdwaras of the Deccani Sikhs sacrifice a goat and serve meat as Parshad. It is a custom of warriors of India to put the Tilak of blood to their weaponry on the occasion of Dushehra and Holi.

What is their verdict against Sahaj Dhari Sikhs (clean-shaven) and those who trim or colour their hair? An approach to religion should be user friendly to attract maximum followers. By making it as difficult as climbing Mount Everest will reduce the popularity and appeal of our faith to the broader population. The Sindhi believe in Guru Nanak and have Guru Granth Sahib in their homes. Are they to be forbidden to keep the holy book too?

Sikh Gurus were precise that our relationship with our maker is direct and we do not need intermediaries to connect us with the Almighty. These misguided Sikhs are going to Talibanise our faith with the dire consequence to the reputation for our modern and progressive religion. Gurus further said, who are we to judge others as the Supreme Lord judges us. If we do not see God in all, then we do not see God at all. According to Guru Granth Sahib, the fools argue about flesh and meat, but they know nothing about meditation and spiritual meditation.

Recently, a movement was started by fanatic Sikhs that Sikh marriage must take place in Gurdwaras, and no mixed marriage will be allowed to be solemnised in Gurdwara either. Is this the way to attract Sikhs to our Gurus? People without vision can damage the vision of Sikh Gurus for a united humanity. Sikh Gurus proclaimed, Manus Ki Jaat Sabe Eke Pehchanbo. (Oneness of the human race) 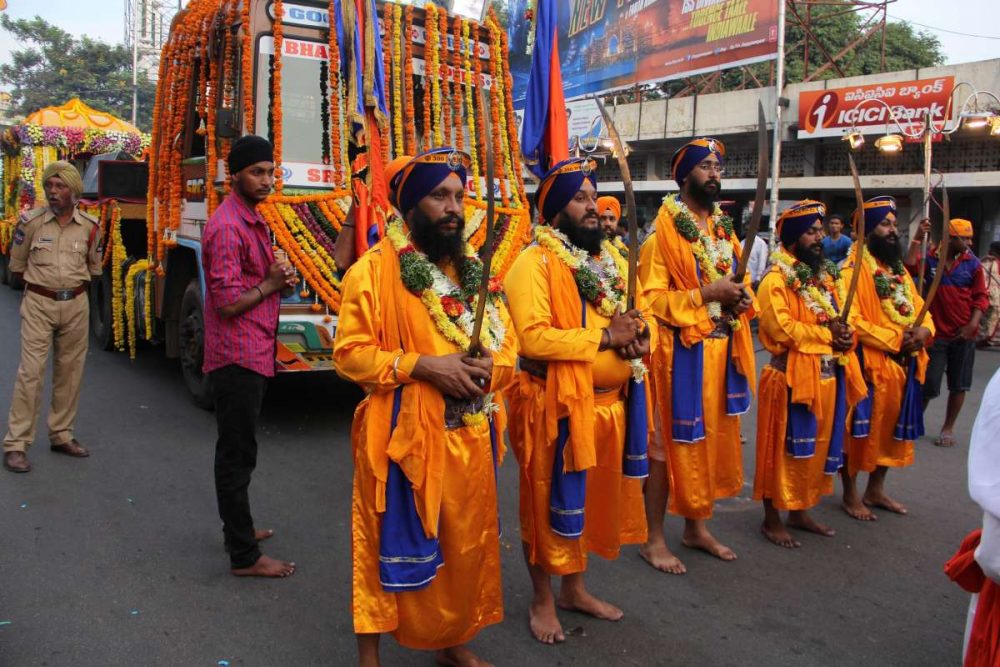 These hardcore handfuls of Sikhs will limit the spread of teachings of our illustrious Gurus and other holy men who have contributed their wisdom to the Granth Sahib. Has it occurred to them that when people come to Gurdwararas, they come to give respect and offerings? The devotees can always make a place in their homes to pray, but without the donations, the Gurdwaras cannot survive.

Finally, Edmund Burke said,” for evil to flourish, all it takes is for good people to do nothing. Those Sikhs who do not condemn such ridiculous and incorrect interpretations of our faith, propagated by a few lacklustre Sikhs, will damage the shining light of our faith and it will make it difficult for our next generations to follow and practice.