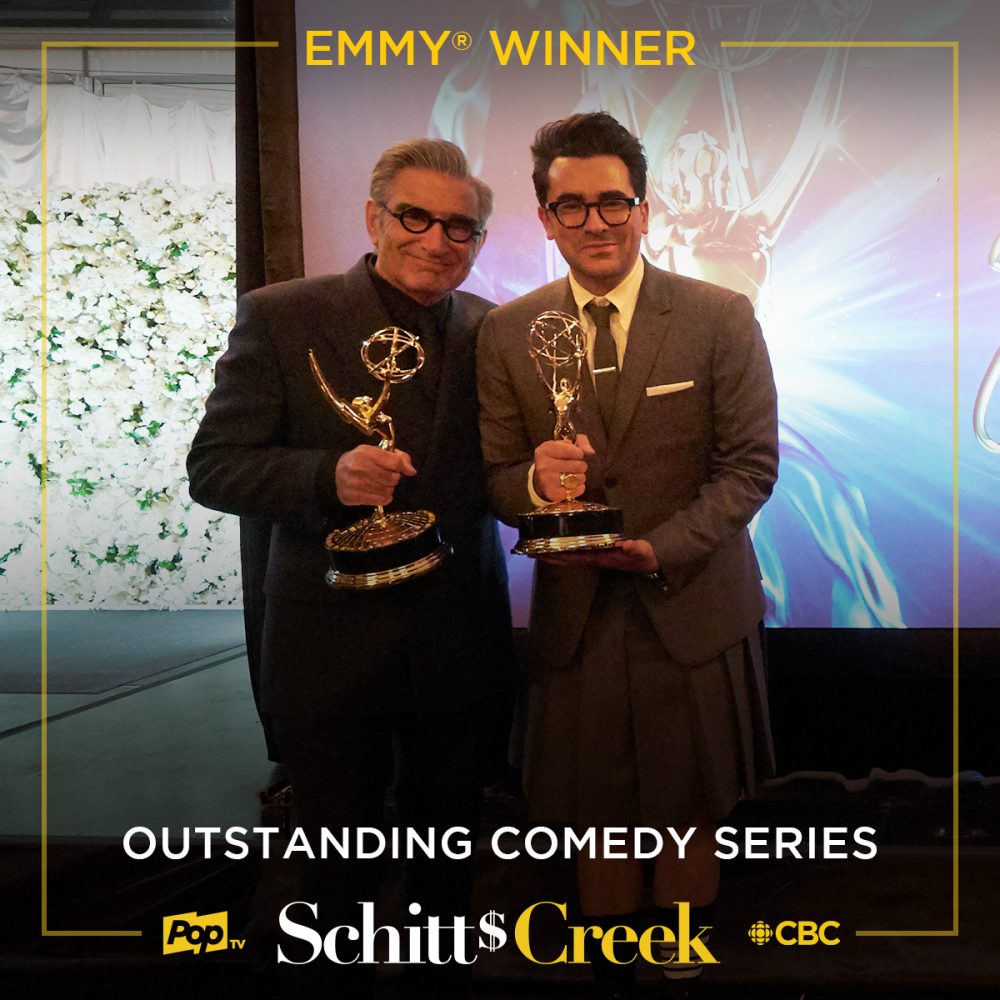 Canadian family comedy, Schitt’s Creek, made history at the 72nd Annual Primetime Emmy Awards as it took home the majority of awards at the ceremony, which was held virtually amid the coronavirus pandemic.

Brian Cox’s “Succession” and the superhero series “Watchmen” also emerged big winners. “Schitt’s Creek” won nine awards, going on to break the Emmys record for most wins in a single season for a comedy.

The comedy series is created by the father-son duo Eugene and Dan Levy and follows the wealthy Rose family, who are forced to move to a small motel after losing their fortune.

The show also won a trophy for Outstanding Directing for a Comedy Series for Andrew Cividino and Daniel Levy, with the latter also winning outstanding writing for the finale episode “Happy Ending”.

“Our show, at its core, is about the transformational effects of love and acceptance, and that is something we need more of now than we’ve ever needed before,” said Dan Levy as he accepted the prize, reports bbc.com.

“Succession”, which follows the lives of the Roy family as they contemplate their future once their ageing father (essayed by Cox) begins to step back from his media and entertainment conglomerate, took home the top award — Best Drama Series as well as Best Actor for Jeremy Strong.

The series also won awards in the Drama categories for Best Writing and Best Directing during the virtual ceremony.

“This is such a very nice moment. But it’s sad not to be with the cast and crew,” said the show’s British creator Jesse Armstrong.

In his acceptance speech, Armstrong also criticised US President Donald Trump and Prime Minister Boris Johnson for their respective responses to the Covid pandemic.

In her acceptance speech, King paid tribute to US Supreme Court Justice Ruth Bader Ginsburg, who died over the weekend, and encouraged viewers to register to vote in the forthcoming presidential election.

“Ozark” star Julia Garner won Best Supporting Drama actress while Billy Crudup won in the male category for his portrayal of a network executive in “The Morning Show”.

Actor Mark Ruffalo won Best Actor in a Limited Series for “I Know This Much Is True”.

This year, the Emmy gala was a low-key affair due to the virus crisis, with most winners dialling in to make their acceptance speeches from home.

Actress Zendaya has made history by becoming the youngest actress to win an Emmy in the Drama Lead Actress category.

She won the trophy for her role in “Euphoria”. The 24-year-old overcame a strong group of nominees — Jennifer Aniston (“The Morning Show”), “Killing Eve” stars Jodie Comer, Sandra Oh, Olivia Colman (“The Crown”), and Laura Linney (“Ozark”), to win the honour.

Comer previously held the record as she was 26 when she won an Emmy in 2019.

Zendaya is also the second-ever Black woman to win the category, following Viola Davis who won in 2015, reports variety.com. 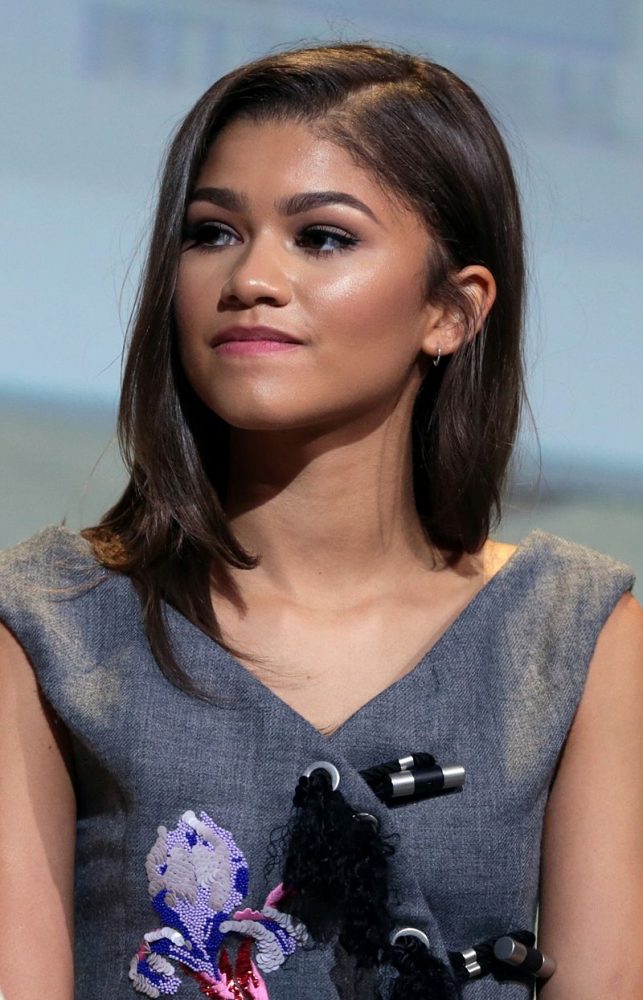 Zendaya was euphoric after the win, and gave a special shoutout to “Euphoria” creator Sam Levinson.

“I appreciate you so much; you’re my family,” said Zendaya, addressing Levinson, who based the series on his own battle with drug addiction.

“I’m so grateful for Rue (her character). I’m so grateful that you trusted me with your story. I know this feels like a really weird time to be celebrating. But I just want to say that there is hope in the young people out there,” she added.

The actress continued: “I know that our TV show doesn’t always feel like a great example of that, but there is hope in young people. And I just want to say to all my peers out there doing the work in the streets, I see you, I admire you, and I thank you.”