US President Donald Trump, who defied the UN and unilaterally reimposed sanctions on Iran, has boycotted the world body’s 75th anniversary commemoration.

Trump was listed as the first national leader to speak at the General Assembly session honouring the 75th anniversary on Monday.

The President was to have sent in a pre-recorded speech like all world leaders, although he also had the option of coming in person.

Instead the session heard from the US Acting Deputy Permanent Representative Cherith Norman Chalet.

While the anniversary meeting was taking place in New York, the Trump administration announced a series of steps to back up the sanctions it reimposed on Iran on September 19.

Secretary of State Mike Pompeo told reporters in Washington that Trump’s order to reimpose the sanctions gave a “new and powerful tool to enforce the UN arms embargo and hold those who seek to evade UN sanctions accountable”.

But UN Secretary-General Antonio Guterres said that there was “uncertainty” over the legality of the US action and the world body would not act on it till the Security Council clarifies the situation.

Western allies of the US on the Security Council, along with the others, have opposed the action.

Trump had pulled out of the international agreement made in 2015 between Iran and the five permanent members of the UN Security Council and Germany to lift sanctions imposed by the council in return for Tehran stopping its nuclear weapons programme.

The Trump administration said that it was reimposing claiming that Teheran violated its terms.

In his UN address, Chalet took a conciliatory approach mostly praising the UN’s successes in which he said Washington “has played a central role”.

“For the Trump administration, this anniversary is an important moment to mark the many successes of the UN, but to do so with clear eyes and a renewed determination to see this important body serve its intended purpose.”

He said that the US has been the UN’s “largest and most reliable funder for all of its 75 years”.

“That commitment ensures that UN organisations are able to reach millions in need, to coordinate global humanitarian action, and convene on issues requiring urgent action.

“The UN has for too long been resistant to meaningful reform, too often lacking in transparency, and too vulnerable to the agenda of autocratic regimes and dictatorships,” Chalet said.

He added that the UN needs “new agility” to face “threats that include theft of intellectual property and efforts to undermine internet freedom”.

Aus to push ahead with Pfizer vaccine 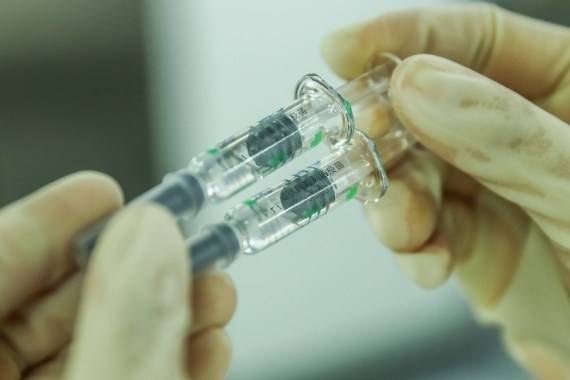 Aus to push ahead with Pfizer vaccine