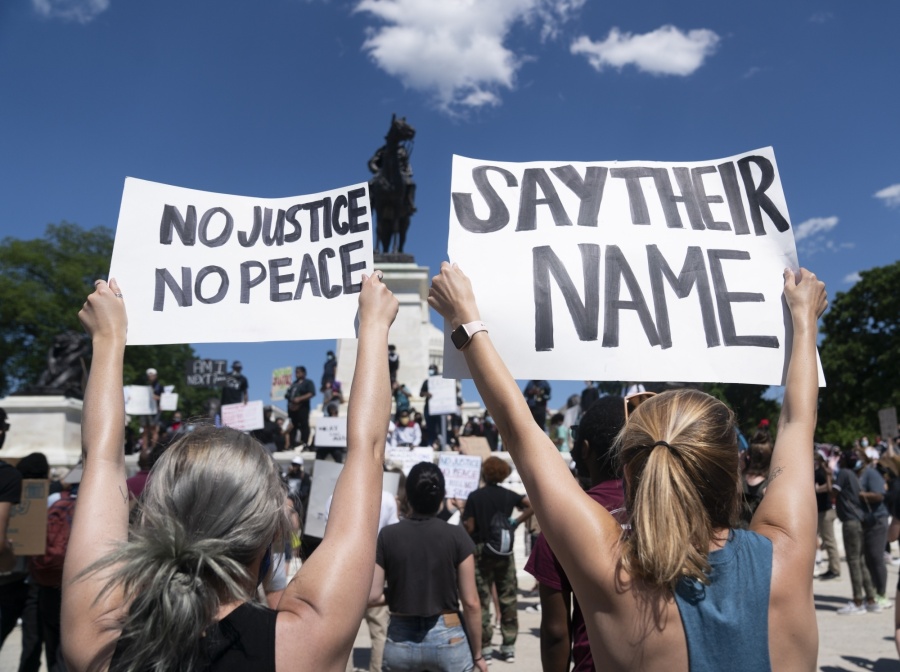 The family of Jacob Blake would be filing a civil lawsuit against the Kenosha Police Department over the shooting, said a family attorney.

Blake was shot by police seven times in the back at close range in Kenosha in the southeastern corner of US midwestern state of Wisconsin on Sunday.

Ben Crump, one of the family attorneys, said at a news conference on Tuesday that his client is paralyzed and it would “take a miracle” for him to walk again, with Blake’s family members standing behind, Xinhua news agency reported.

Crump also represented George Floyd’s family three months ago when Floyd was killed in Minneapolis, Minnesota, during an arrest for allegedly using a counterfeit bill.

“They shot my son seven times, seven times, like he didn’t matter,” said Blake’s father in a choked voice. “But my son matters. He’s a human being and he matters.”

Blake was still in surgery while the news conference was held on Tuesday afternoon, Crump said.

Protests triggered by the shooting continued in Kenosha and spread to Madison, capital of Wisconsin, and Minneapolis in Minnesota Monday night.

Defying an 8 p.m. curfew, hundreds of protesters in Kenosha set fire to several buildings downtown as well as to cars and dumpsters on Monday night. More than 30 businesses were destroyed or damaged.

The protestors even clashed with officers in riot gear, including 125 members of the Wisconsin National Guard, who were guarding the courthouse. The police used tear gas.

In Minneapolis, 11 were arrested after breaking windows at the Hennepin County jail on Monday night. One police officer suffered a broken hand in an altercation with demonstrators, the sheriff’s department said, cited by local media.

Early Monday, Democratic presidential nominee and former Vice President Joe Biden issued a statement on the shooting, saying the shots “pierce the soul of our nation.” “Equal justice has not been real for Black Americans and so many others. We are at an inflection point. We must dismantle systemic racism.”

The Division of Criminal Investigation under the Wisconsin Department of Justice is investigating into the case. The division aims to provide a report of the incident to the prosecutor within 30 days.

Kenosha, a city of about 100,000 people located between Milwaukee and Chicago, is bracing for the third night of protests.