The first thing that becomes apparent while surveying the situation in J&K today, is that the Valley of Kashmir is much more peaceful with Pakistan getting less of a chance to infiltrate terrorists into the area to create civilian casualties …. Writes Dr Sakariya Kareem

Mughal emperor Jehangir said it aptly when he visited Kashmir in the 17th century. He said, “You’ve been to places and you’ve been to places, but if you have not visited Kashmir, then one would miss seeing paradise on Earth”. This rough translation of a famous saying so accurately reflects the beauty that is Kashmir. The State of Jammu and Kashmir that acceded to India on 26 October 1947, was bifurcated into two Union Territories on 5 August 2019 and the government of the day also abrogated Article 370 of the Indian Constitution. The point remains that nothing else changed, except that the territories as UT’s now came directly under central control and acquired a new vision for the future, to develop the regions as per their unique identity and culture.

The rationale for the government of India’s decision to abrogate Article 370 is best elucidated by India’s External Affairs Minister Subrahmanyam Jaishankar who wrote (24 September 2019): “The anachronistic provision that governed Kashmir — Article 370 — was explicitly acknowledged by the Indian constitution as “temporary”. By any standards, 70 years is a long definition of that term. The reason why it is being changed now lies in why the situation lasted so long. The earlier provision created a cosy arrangement of local ownership that served the state’s political elite well. But it denied economic opportunities and social gains for the masses. The resulting separatist sentiments in some quarters were then exploited by neighbouring Pakistan to conduct cross-border terrorism.”

Thus, if the previous seventy years created arrangements that did not provide for the people of the state, a new approach was undoubtedly needed. And so, a year down the line, one can say with confidence that the change has been for the good. What has interrupted the process of change is the outbreak of the Covid-19 pandemic, temporarily halting the pace of development. However, this is only one aspect of the changeover. Recall that this development witnessed the separation of Ladakh from J&K, a demand that had been voiced for several decades with a view to developing and preserving an identity for the Buddhist majority Ladakh. 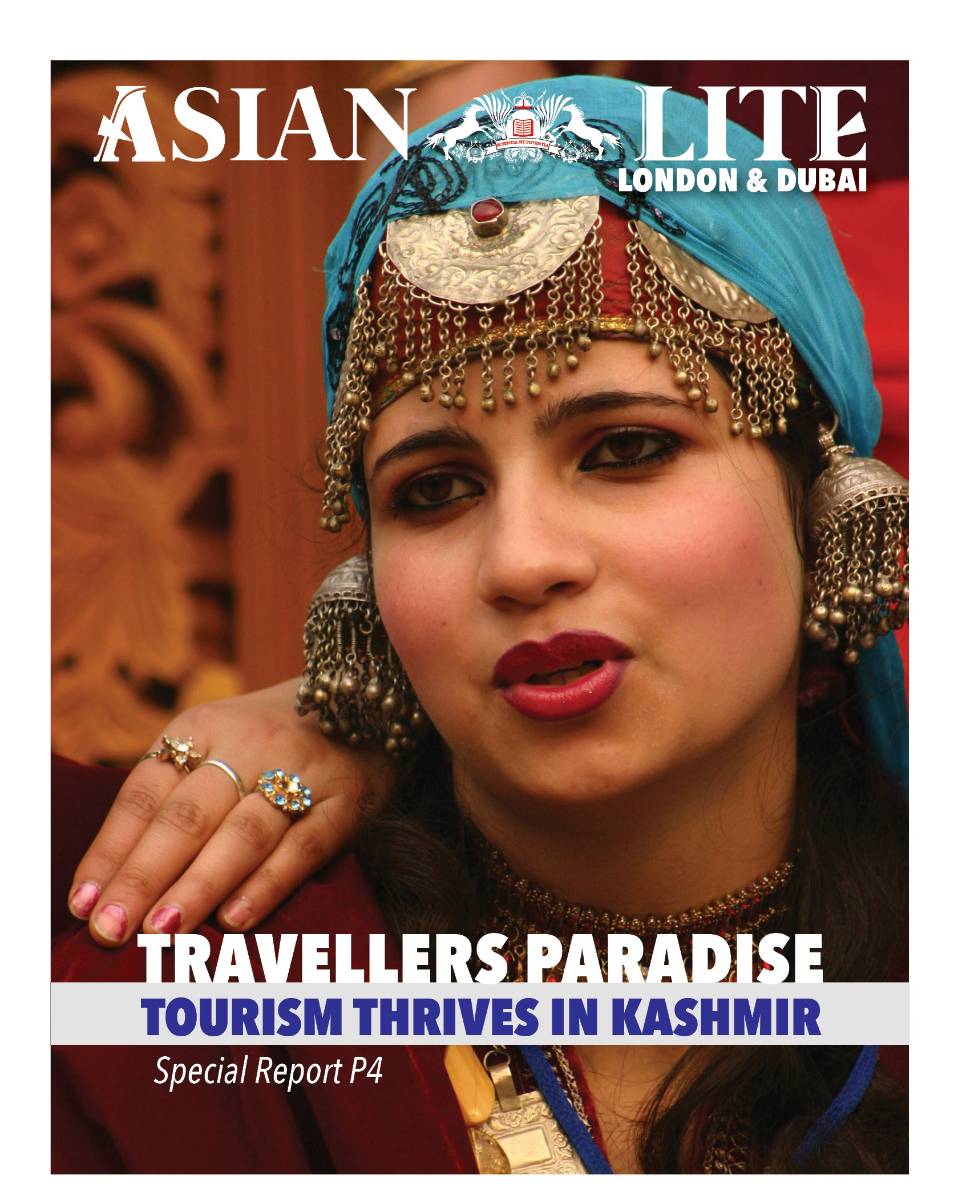 The first thing that becomes apparent while surveying the situation in J&K today, is that the Valley of Kashmir is much more peaceful with Pakistan getting less of a chance to infiltrate terrorists into the area to create civilian casualties. Kishen Reddy, Union Minister of State for Home informed (16 March 2020) the Lok Sabha that a total of 79 terrorist incidents had taken place in J&K Kashmir since Article 370 was abrogated. The trend in fatalities caused by terrorist action has been partially revealed by the South Asia Terrorism Portal. According to this data, in the 224 days since 5 August 2019, there were a total of 102 fatalities (23 civilians, 10 Security Force, SF, personnel, and 69 terrorists) in 51 incidents of killing (data till March 15, 2020).

In the 224 days preceding August 5, 2019, there was a total of 238 fatalities (23 civilians, 74 SF personnel, and 141 terrorists) in 109 incidents of killing. There were four major incidents targeting SF personnel or civilians during the 222 days prior to August 5, 2019, including the February 14, 2019, Pulwama attack, which resulted in the death of 40 SF personnel; as against a single incident post-August 5, 2019, resulting in six civilian fatalities. Inci-dents of the explosion, during this period, declined from 55 to 20. Total terrorism-related incidents also came down from 287 to 158. This is significant as it shows that Pakistan was caught off guard by India’s actions and has been unable to promote terrorism in the newly formed UT.
While security-related improvements in Jammu and Kashmir are evident, as mentioned above, Ladakh UT also came into its own both as a political and economic entity. The people of the newly formed UT got a chance to create and nurture their own identity. One of the key issues that created heartburn in Leh was that Kashmir took a major chunk of the resources allotted by the Central Government for the erstwhile state. This trend changed with the creation of the Ladakh UT. The other factor of import has been raised by noted educationist Sonam Wangchuk who had said (November 2019) that the Central Government should accord Schedule 6 of the Constitution status for tribal areas and assure the protection of culture and business for the people of Ladakh.

Another aspect of this political change that has affected the people of J&K is the socio-economic improvement in the lives of the people. Information indicates that since 5 Au-gust 2019, over six lakh school health cards have been issued in J&K. Additionally, regularisation of the jobs of 38,000 teachers has taken place and over 4,000 schools have been given solar power. The figures for college education are important, as 25,000 new college seats have been added. Additionally, fifty new degree colleges have been started in the UT.

Also, during this time, discriminatory and unjust state laws have either been repealed or modified, including the Ranbir Penal Code (substitute of the IPC) and transfer of property act, and more than 170 central laws have been made applicable. These include progressive laws like the right to protect SC/STs, forest dwellers, juveniles and the aged. The people of Jammu and Kashmir today enjoy equal rights like any other Indian citizen, who would have the right to fair compensation for the land acquired. More importantly, the central government introduced a unique market intervention scheme under which remunerative prices were paid through DBT and transportation was done by the central procuring agency, to help stabilise the apple market.

Economic development in both UT’s has been affected by the outbreak of the Covid-19 epidemic, which has created obstacles for normal tourism and other activity that would have helped to boost business sentiment. Thus, the number of anticipated developmental pro-jects have not taken actually off. But tourism is returning to the UT of J&K gradually, and it is hoped that things will turn out better as all services, including internet are restored. Tour-ism is also the mainstay of Ladakh’s economy. While the Ladakh UT has been keen to attract tourists from across the world, the two ‘Cs’, China and Corona, have prevented a return to normalcy.

It is difficult to quantify every aspect of the changeover since 5 August 2019 and too immediate to make sense of the changeover. Such developments have to be analysed in the long-term, only then will the analysis be meaningful. In a sense, the assertions made by Dr. Jaishankar, India’s Foreign Minister provide the basis for the pathbreaking effort by the government to change the political and social landscape of both UTs. This should be treated as an ongoing process, for which every effort is being made by the Central Government and UT administrations.

Pakistan can keep ranting for all its wants, about the change in the status quo and its negative impact. The reality is that Pakistan never wanted Kashmir to be a part of India and ironically today, the people of Pakistan Occupied Jammu and Kashmir are rising up against their Pakistani occupiers and seeking a settlement which will bring them back to India. The J&K is-sue is a purely internal affair and Pakistan’s constant interference in India’s affairs by promoting cross-border terrorism, is one of the main causes of the misery of the people. To-day, China along with Pakistan wants to play spoilsport and create more problems for India. However, steps need to be taken now with the post-corona situation in mind, to provide relief to the people of the region. The future undoubtedly beckons, but the start has to be made now.