“Thanks. Thanks a lot for ur love and support throughout.from 1929 hrs consider me as Retired (sic.),” Dhoni wrote in an Instagram post, ending over one year of suspense and also an era during which his leadership and finishing skills became stuff of legends.

Your contribution to Indian cricket has been immense, @msdhoni. Winning the 2011 World Cup together has been the best moment of my life. Wishing you and your family all the very best for your 2nd innings. pic.twitter.com/5lRYyPFXcp

“Your contribution to Indian cricket has been immense MS Dhoni. Winning the 2011 World Cup together has been the best moment of my life. Wishing you and your family all the very best for your 2nd innings,” Tendulkar said in a tweet as social media went into a tizzy on India’s 74th Independence Day following the Ranchi stumper batsman’s sudden decision.

“It is the end of an era. What a player he has been for the country and world cricket. His leadership qualities have been something, which will be hard to match, especially in the shorter format of the game,” Ganguly said in a BCCI media statement.

“His batting in one-day cricket in his early stages made the world stand up and notice his flair and sheer natural brilliance. Every good thing comes to an end and this has been an absolutely brilliant one.

“He has set the standards for the wicketkeepers to come and make a mark for the country. He will finish with no regrets on the field. An outstanding career; I wish him the best in life,” he added.

His achievements are there for everyone to see, but Virat Kohli on Saturday chose to focus on MS Dhoni the person, doffing his hat to the legendary former India captain who called time on his illustrious international career on Independence Day.

but the mutual respect and warmth I've received from you will always stay in mine. The world has seen achievements, I've seen the person. Thanks for everything skip. I tip my hat to you 👏🇮🇳 @msdhoni

“Every cricketer has to end his journey one day, but still when someone you’ve gotten to know so closely announces that decision, you feel the emotion much more,” an emotional Indian captain Kohli said in a tweet.

“What you’ve done for the country will always remain in everyone’s heart…but the mutual respect and warmth I’ve received from you will always stay in mine.

“The world has seen achievements, I’ve seen the person. Thanks for everything skip. I tip my hat to you,” added Kohli.

The announcement came a day after he joined his Chennai Super kings teammates in Chennai ahead of this year’s Indian Premier League (IPL) set to be played in the UAE from September 19.

The 39-year-old’s last outing in India colours was during the World Cup semi-final defeat against New Zealand.

“The legend retires in his own style as always, @msdhoni bhai you have given it all for the country. The champions trophy triumph, 2011 World Cup and the glorious @ChennaiIPL triumphs will always be etched in my memory. Good luck for all your future endeavours. #MSDhoni,” senior India off-spinner R Ashwin said in a tweet.

“The 2011 World Cup win was Sachin Tendulkar farewell but masterminded by MS Dhoni … What an incredible international career … You could argue the greatest ever white ball captain & finisher … Cheers for all the memories MS,” said former England captain Michael Vaughan.

One of the finest players to have represented India, Dhoni played a whopping number of 350 ODIs, 90 Tests and 98 T20I matches. He has 10,773 ODI runs, averaging more than 50 despite batting between No.5 and 7 for a major chunk of his career. 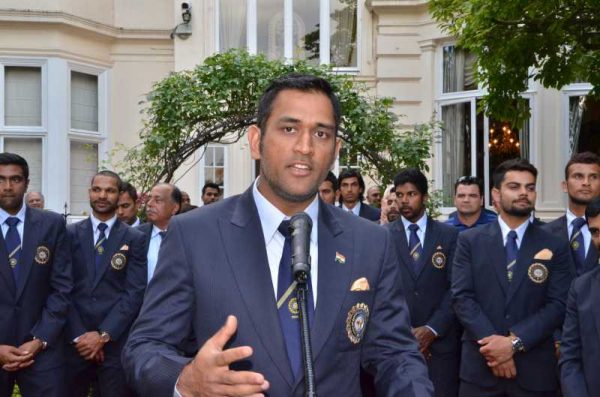 Dhoni, who made his debut against Bangladesh under Sourav Ganguly’s captaincy in 2004, affected a staggering 829 dismissals behind the stumps.

The IPL was a happy hunting ground for Dhoni as he led CSK to three trophies.