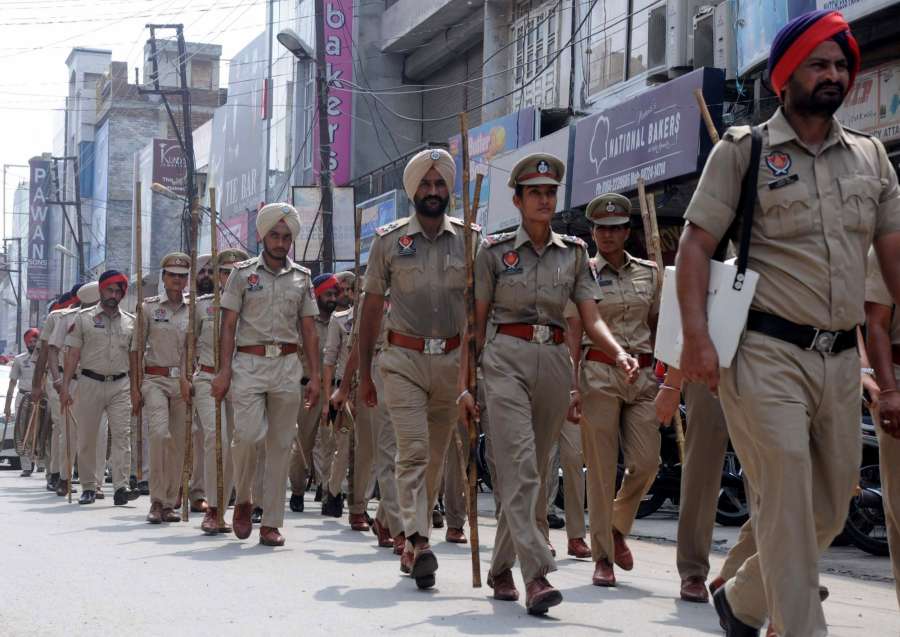 Punjab Police have busted an international narco-terror racket with links to the banned Khalistan Liberation Force (KLF) with the arrest of wanted heroin smuggler Rajinder Singh and a police constable who was allegedly facilitating safe movement of drugs and money during the lockdown period.

Rajinder’s brother-in-law has also been arrested from Uttar Pradesh for his involvement in the racket, which has been traced to the associates of the now deceased notorious terrorist Harmeet Singh, said DGP Dinkar Gupta.

A .32 bore pistol and 4 live cartridges were recovered from the possession of Rajinder, while 530 gm heroin was later seized from his flat at Riverdale Aerovista in Zirakpur near here, said Gupta.

A criminal case under Arms and NDPS Act has been registered at SAS Nagar against Rajinder, who has several other FIRs registered against him in various parts of Punjab, and has been involved in several recent hawala transactions amounting to the tune of Rs 12 crore.

Rajinder has told the police that that he was associated in the distribution network of drug supply which was being arranged by Navpreet Singh, a notorious smuggler wanted by Punjab Police for murder and many drug cases.

He confessed that he had supplied huge quantities of drugs to various smugglers in different parts of Punjab on the direction of Navpreet Singh.

The DGP said Rajinder used to receive the drug consignments mostly coming from Srinagar and Delhi and distribute them further in Punjab.

The funds generated out of the drug business were sent back to Navpreet through hawala channels. 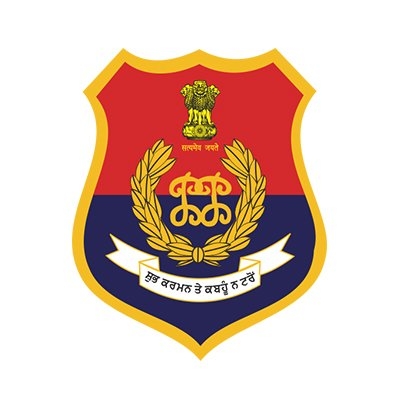 In April 2020, the Police Commissionerate of Amritsar had arrested one Hizbul terrorist Hilal Ahmed Wagay when he came to collect drug money on the instructions of Riyaz Ahmed Naikoo, a slain Hizbul Mujahideen terrorist.

Rajinder Singh made Aadhaar card and passport with the help of fake documents from Uttar Pradesh and was trying to escape from India in the near future, said the DGP, adding that the accused had also made a lot of property in and around Chandigarh and Amritsar.

Interrogation of Rajinder led to the arrest of his brother-in-law Chirag Rathi from Muzaffarnagar, and also Karamjit Singh, a police constable from Sri Muktsar Sahib currently posted as driver with the Deputy Director of Chief Chemical Examiner in Kharar town, said the DGP.

Rajinder had provided a large sum of money to his brother-in-law, who has admitted that he, along with his maternal uncle, had invested more than Rs 1 crore drug money in purchasing properties and vehicles.

Meanwhile, the Indian intelligence agencies have issued an alert after information was received that secessionist group Sikhs For Justice (SFJ) has given a call for a ‘Punjab Bandh’ at the end of this month.

The pro-Khalistan group, which was declared an “unlawful association” by the Ministry of Home Affairs in July last year, in a recent message called for a “Punjab Bandh” on August 31 to commemorate the 25th death anniversary of Dilawar Singh — the assassin of former Punjab Chief Minister Beant Singh. 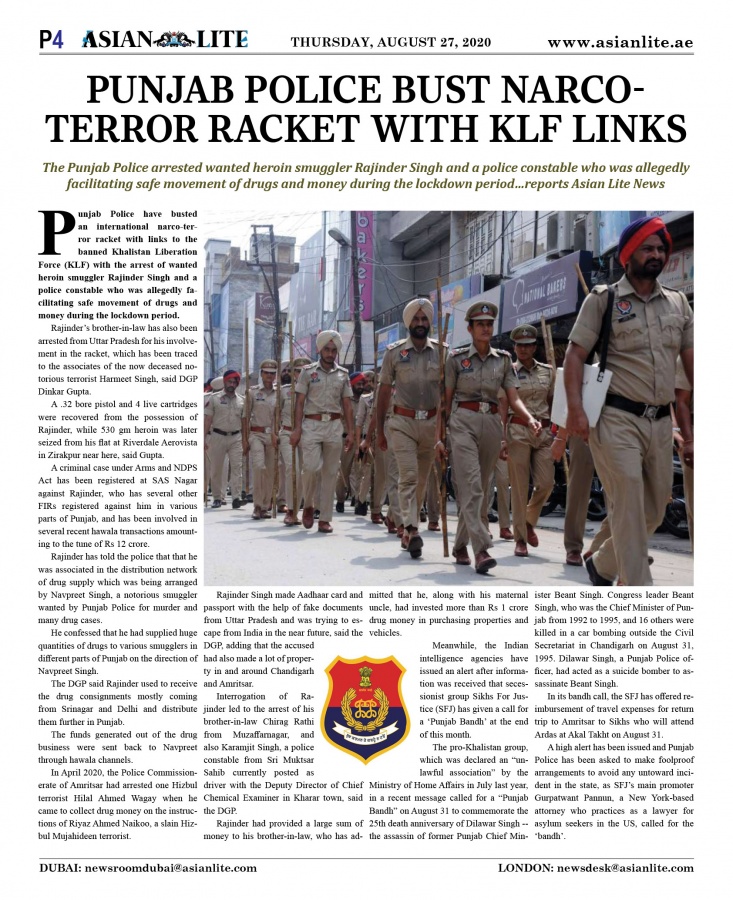 Congress leader Beant Singh, who was the Chief Minister of Punjab from 1992 to 1995, and 16 others were killed in a car bombing outside the Civil Secretariat in Chandigarh on August 31, 1995. Dilawar Singh, a Punjab Police officer, had acted as a suicide bomber to assassinate Beant Singh.

In its bandh call, the SFJ has offered reimbursement of travel expenses for return trip to Amritsar to Sikhs who will attend Ardas at Akal Takht on August 31.

A high alert has been issued and Punjab Police has been asked to make foolproof arrangements to avoid any untoward incident in the state, as SFJ’s main promoter Gurpatwant Pannun, a New York-based attorney who practices as a lawyer for asylum seekers in the US, called for the ‘bandh’.