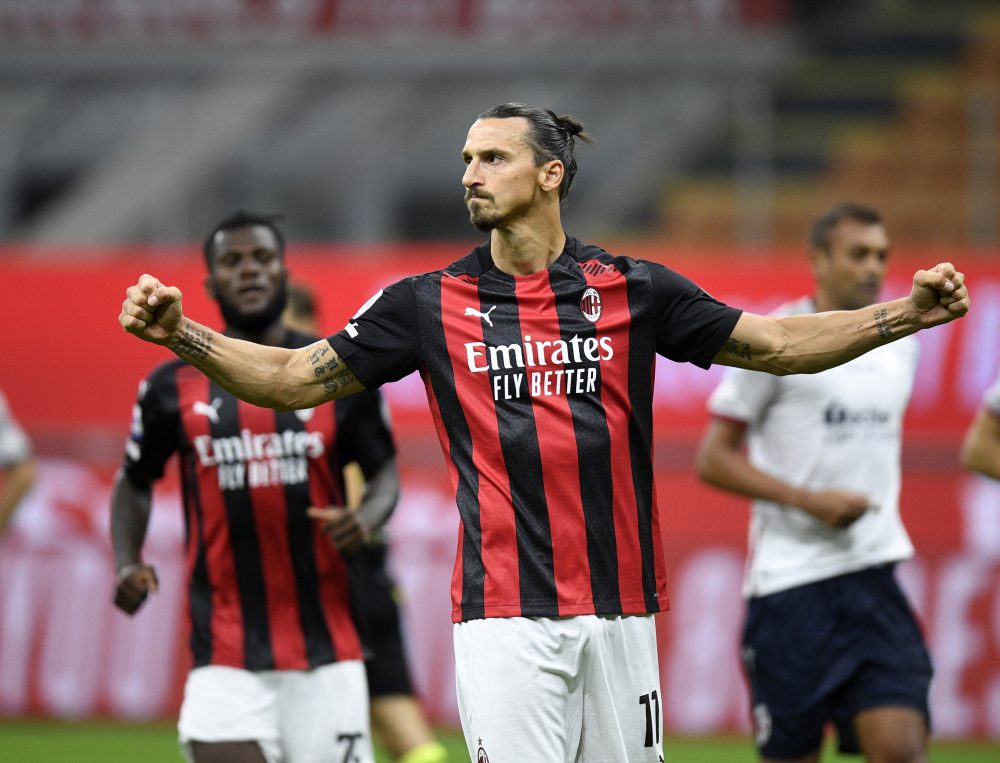 Zlatan Ibrahimovic continued to prove his value as the hitman scored twice against Bologna, helping AC Milan to a good start to the new Serie A season.

Ibrahimovic was close to finding the net in the 11th minute as his attempt went just inches past the far post after a meandering run in the box.

The 38-year-old broke the deadlock in the 34th minute as Theo Hernandez whipped in a cross from the left and the Swede out-jumped two defenders to steer his powering header into the net.

Milan doubled the lead four minutes after the break as Ismael Bennacer was charged down by Riccardo Orsolini in the box, Ibrahimovic stepped up to convert the penalty.

Ibrahimovic had the chance to complete his hat-trick in the 63rd minute, but he ballooned the ball over the bar with the goalkeeper well beaten.

Bologna went a player down in the dying minutes as Mitchell Dijks saw red after his second yellow card for getting a fistful of Alexis Saelemaekers’ shirt.

Also Read: Ibrahimovic to be at Milan till 2021