During the meeting held on Tuesday, Hasina was told that her Indian counterpart Narendra Modi wanted to ensure that both countries should remain in “direct communication even during the Covid-19 situation”, a highly placed source said.

It is learnt that the discussions also focused on the possible cooperation in tackling Covid-19, including therapeutics and vaccines. 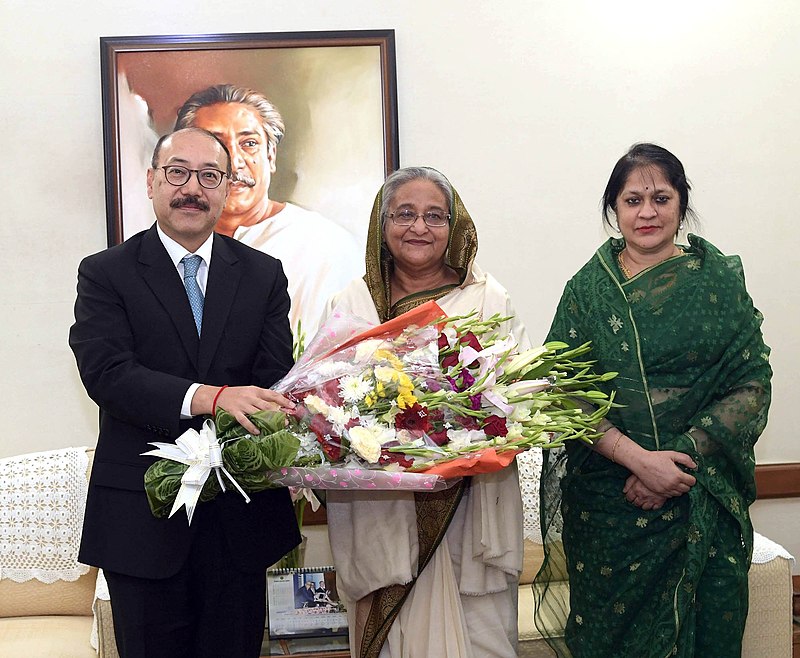 The source said that the Indian Foreign Secretary and the Bangladesh leader discussed “security issues of mutual interest”.

Shringla called on the Bangladesh Prime Minister to deliver a message from Modi, as he began a previously unannounced two-day visit aimed at boosting bilateral ties.

Shringla also discussed the proposal for a ‘travel bubble’ with Bangladesh regarding business, official and medical purposes.

During the discussions, Hasina spoke about the Rohingya refugees and reiterated her desire to “see early and safe repatriation” of the refugees to Myanmar.

It was pointed out that in the recent past, both countries had updated their inland water protocol and started a cargo ferry service. India has even presented locomotives to Bangladesh.

In addition, the two sides hope to finalise the Akhaura-Agartala rail link, the 1,320 MW Khulna thermal plant as well as other projects, which would be inaugurated next year in time for the 50th anniversary of the diplomatic ties between India and Bangladesh.

This is Shringla’s first trip abroad since the Covid-19 outbreak. It is also the first visit to Bangladesh by a senior Indian official since travel restrictions were put in place due to the pandemic.

According to the source, the visit was a ‘special gesture’ from Hasina, who has not met any other foreign dignitary over the last four months because of the pandemic.

Bangladesh will get priority for the Covid-19 vaccine produced by India, Shringla assured.

“Our bilateral relations are far better now than before. India gives much importance in strengthening these relations in the wake of Covid-19 outbreak,” the visiting Foreign Secretary told the media after the meeting at a city hotel in Dhaka.

After the meeting, Bangladesh Foreign Secretary Masud Bin Momen said: “The highlight of the meeting was the warmth of relations shared by the two countries. When countries around the world have been stagnant in terms of diplomatic relations amid the ongoing pandemic, the Indian Foreign Secretary has come to our country to discuss and take forward cooperation on matters of mutual interest.”

Momen added: “One of the mutual issues discussed was the celebrations planned next year to mark 50 years of the Bangladesh-India ties, which also happens to be the golden jubilee year for our country.”

He said that Shringla has extended an invitation for an India visit.

India is set to join the United Nation Security Council from the beginning of 2021 as a non-permanent member, for which Bangladesh had extended support.

Therefore, Bangladesh has requested for its backing to clinch the Rohingya repatriation resolution in the UNSC.

“Since India shares strong diplomatic ties with both the countries, we hope India will be able to persuade Myanmar on peaceful Rohingya repatriations,” Momen said.

He added: “Border killings was another issue that we drew attention to during the meeting. Next month, BGB and BSF officials will meet to discuss the border issues and unexpected border killings.”

Shringla’s visit also comes against the backdrop of reports that China is set to provide a loan of nearly $1 billion to Bangladesh for a project to maintain the water level in the Teesta river during the dry season.