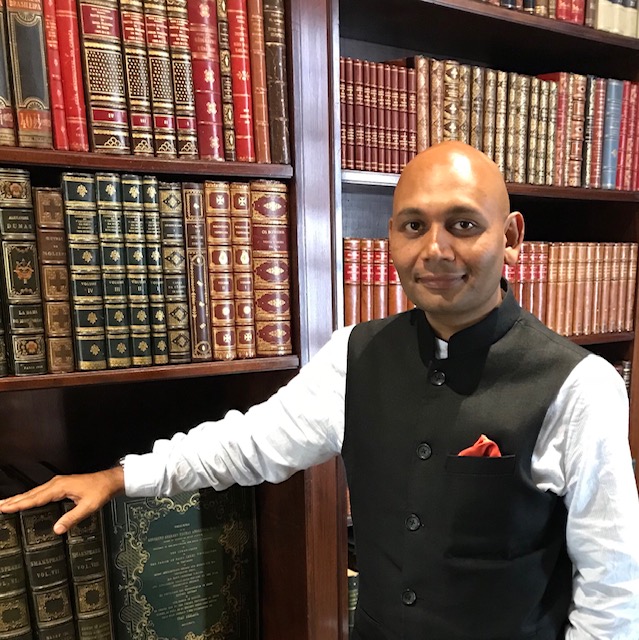 RG – Tell us about your passion for writing and poetry and how it’s placed in your life as a diplomat?

AK – Poetry and Diplomacy go hand in hand for me. Traveling to new countries, continents gives me the opportunity to look at the world afresh and find materials to write new poems, while poetry helps me to connect with the people across the world and thus to become a better diplomat. Both as a poet and a diplomat, I deal with words and try to say more in less words.

RG – Tell us about your book projects that you have worked on, your latest book of poems and your other projects in the pipeline.

AK – My first book was ‘The River Valley to Silicon Valley’- a memoir of my first 24 years. It was published in 2007. Since then I have published eight collections of poetry—

The Alphabets of Latin America (2020)

The Magic of Madagascar is forthcoming.

I have also selected and edited a number of poetry collections— 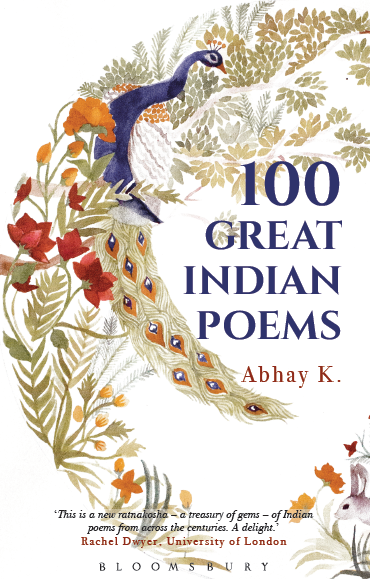 100 Great Indian Poems have been translated into over half a dozen languages across the world.

I have recently translated Meghaduta and Ritusamhara by Kalidasa from Sanskrit. These two books are scheduled to come out in 2021.

I am also currently editing the Bloomsbury Book of Great Indian Love Poems covering over 3000 years of Indian love poetry from more than two dozen languages. It is scheduled to be published later this year.

I have started writing poems on eminent personalities, natural treasures, places etc. of Africa. I am also working on anthems for all the planets in our solar system. So far I have written anthems for Earth, Mars, Venus and Jupiter, apart from Sun and Moon.

RG – What keeps you motivated and inspired to write amidst your busy career as a foreign service diplomat.

AK – The joy I get from learning new things, meeting new people, seeing new places, experiencing new cultures, writing about new subjects among others keeps me inspired and motivated. Being a diplomat gives me these opportunities and I am truly grateful for the same.

RG – Your poems have been translated into various languages. How does it feel to be able to connect with audiences beyond linguistic borders?

AK – It is a true pleasure and privilege to see my poems translated into so many languages. My poem-song ‘Earth Anthem’ has been translated into over 50 languages. I have a strong sense of belonging to our planet, and translations into so many languages help my ideas, thoughts and images to reach to the wide global human family. Translations bring us together as one large family envisioned in the ideal of Vasudhaiva Kutumbakam.

RG – When you started out as a poet, an author did you envisage you will make it so big, be of international acclaim and relevant internationally as an author and poet?

AK – My life so far has been a series of miracles. I never thought that I would be a poet. I only started to speak English when I was admitted to the Kirorimal College, Delhi University to study Geography with the hope to become a Civil Servant someday. Poetry was not on the radar anywhere, forget about becoming an internationally known poet and author. John Schaar said–

“The future is not some place we are going, but one we are creating. The paths are not to be found, but made. And the activity of making them changes both the maker and the destination.”

It seems poetry chose me when I was posted in Moscow. Since then, I have been creating new paths of poetry for myself and it has changed me and my life-goals.

RG – What words of inspiration would you like to give young budding authors and poets who aspire to make it big one day?

AK – I would say, never give up. Keep trying. Read a lot, write a little. Revise whatever you write many times and then only send for publication. Enjoy the process of writing. That’s your primary reward. Getting published and acclaim etc. are secondary and tertiary rewards. Write what your inner self exhorts you to write. It brings much pleasure and satisfaction. Learn the craft of poetry. It takes time. Learn to be patient. Kabir said– Dhire, dhire, re mana, dhire sab kucch hoye, Mali sichen sau ghada, ritu aaye phal hoye. It means, slowly, patiently, things happen, the gardener waters a hundred pots of water yet the fruits appear only during the appropriate season.

RG – Please share with our readers about the earth anthem?

AK – I wrote ‘Earth Anthem’ in 2008 in Russia, which was put to music first in 2013 by Sapan Ghimire and was released at the Indian Council of Cultural Relation in 2013 on the occasion of World Environment Day. It has been translated into over 50 languages across the world, most recently translated in Zulu and Quechua. The list includes languages such as Amharic, Mongolian, Khasi, Swahili, Gaelic, Dzongkha, Bhasa, Yoruba, among others. UNESCO has called it an inspiring thought that can help to bring the world together. It is played to celebrate Earth Day and World Environment Day every year by thousands of schools, organisations and people globally.

Its lines- “united we stand as flora and fauna/united we stand as species of one Earth”- tries to shift focus from an anthropocentric world to planet centric worldview where other species living on our planet are as important as Homo Sapiens. World-renowned violinist Dr L Subramaniam later composed the music for Earth Anthem in 2017 and Kavita Krishnamurthy sang it. The Philharmonic Orchestra of Brasilia performed ‘Earth Anthem’ in 2018 and it premiered in Europe in June 2019. It has also been recorded in Portuguese and Japanese.

HE Abhay K. received the SAARC Literary Award for his contribution to contemporary South Asian Poetry and was nominated for the Pushcart Prize 2013. He has also been honoured with Asia-Pacific Excellence Award in 2014. His The Seduction of Delhi was shortlisted for Muse India-Satish Verma Young Writer Award 2015.

To read all about His Excellency Abhay K please see his website www.abhayk.com