Nepal President called on all parties to stake claim to form a majority government after Oli’s failed vote of confidence in the parliament, reports Asian Lite News

Major opposition parties of the Nepali parliament have started preparations to form a new government after Prime Minister KP Sharma Oli lost the vote of confidence at Lower House on Monday.

A coalition of more than two parties representing in the parliament, who will form Nepal’s new government, have already started consultations over the next leadership.

“Majority of the lawmakers who were present today have rejected the Prime Minister’s vote of confidence. The House has decided that KP Sharma Oli shall not remain in the post any longer. In order to make a new government, all the political parties would make attempts and we are confident that the nation would get a new Prime Minister,” Bal Krishna Khand, opposition Nepali Congress leader and close aide to NC President Sher Bahadur Deuba told reporters as he exited the parliamentary building. 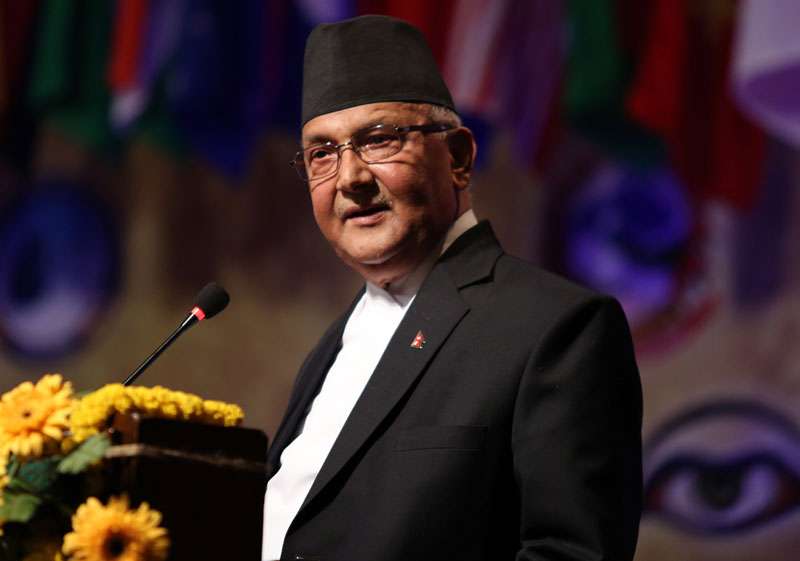 All leaders from the Nepali Congress, the Communist Party of Nepal (Maoist Centre) and a faction of the Janata Samajwadi party led by Yadav have urged President Bhandari to invoke Article 76 (2) of the Constitution.

Later in the evening, the Nepal President called on all parties to stake claim to form a majority government after Oli’s failed vote of confidence in the parliament.

“She has asked party leaders to come forward with the name of the candidate for the post of Prime Minister by 9 pm, Thursday,” read a statement by Nepali Rashtrapati Bhavan.

Earlier in the day, Prime Minister Oli lost a vote of confidence in parliament as he could only garner just 93 votes, way less than 136 that he needed to prove the House’s majority. As many as 124 votes were cast against him and 15 lawmakers stood neutral. In the 271-strong House, only 232 lawmakers were present during Monday’s voting.

“Article 76 (2) of the constitution should be exercised now, there is a possibility of a coalition where more than two parties can come forward to form a new government. Today we stand with 124 votes, two others were absent today, so we have 126 votes in our favour and many others are not present here that is why we do not see any problem in crossing majority mark of 136,” Dev Gurung, leader from Communist Party of Nepal (Maoist Center) told reporters after the vote.

Chief Whip of the ruling CPN-(Unified Marxist-Leninist), Bishal Bhattarai has warned of taking stern action against 28 lawmakers who abstained from Monday’s meeting. Terming the action as a violation of the whip, Bhattarai claimed that the absentees would be punished by the party.

“Twenty-eight of the lawmakers remained absent today. It is one of the major incidents in parliamentary history and is a serious matter as political whip has been violated or disobeyed. It is indeed a new incident in Nepali parliamentary record of not voting in favour of the Prime Minister of own party, going against him by either remaining absent or floor cross, the party would make serious decisions over it,” Bhattarai said.

“Our steps would be dependent on its parliamentary legislation as well as of our own and other acts pertaining to political parties,” he added.

Upon the recommendation of the cabinet, President Bhandari has prorogued a special session of the lower house starting from Monday midnight.

The office of the President issued a release on Monday evening announcing the prorogation of the lower house on the recommendation of the cabinet.

“President has exercised the right mentioned in Article 93 (2) which gives her permission to end the house session on recommendation of the cabinet. It would go into effect starting from Monday midnight,” a release from Parliament secretariat announced. (ANI)