The ruling affirms a July 2021 decision by a federal judge to curb the program. The decision allows about 600,000 current enrollees to maintain their status but continues to block new applications…reports Asian Lite News

An appeals court has declared unlawful a program that protects undocumented migrants brought to the country as children, but allowed it to remain in place for current recipients.

The ruling affirms a July 2021 decision by a federal judge to curb the program. Wednesday’s decision allows about 600,000 current enrollees to maintain their status but continues to block new applications.

The Deferred Action for Childhood Arrivals (DACA) policy now goes back to a lower court for review. DACA beneficiaries are known as “Dreamers.”

President Joe Biden said he was disappointed by the ruling, which he said means “the lives of Dreamers remain in limbo.”

“Today’s decision is the result of continued efforts by Republican state officials to strip DACA recipients of the protections and work authorization that many have now held for over a decade,” he said in a statement.

“It is long past time for Congress to pass permanent protections for Dreamers, including a pathway to citizenship.”

Homeland Security Secretary Alejandro Mayorkas said in a statement he is reviewing the decision and would work with the Department of Justice on a legal response.

DACA, instituted by then-president Barack Obama in 2012, covers around 700,000 people, conferring legal status on them, as well as the right to work. For many, America is the only country they have ever known.

In 2017, as part of his far wider push to limit immigration, then-president Donald Trump tried to dismantle DACA, insisting Obama had exceeded his constitutional powers.

DACA recipients received a temporary reprieve in June 2020 when the Supreme Court ruled in a 5-to-4 vote that the Trump administration had not provided sufficient justification for its attempts to end the program.

It made clear it was ruling largely on procedural issues, and left open the possibility of further challenges. 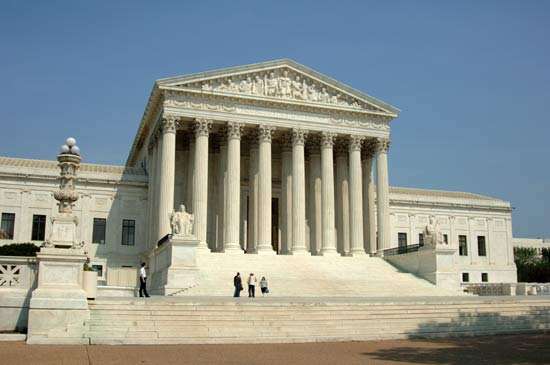 DACA was subsequently reinstated, and since taking office, Biden has looked to strengthen the program, as well as initiate wider immigration reform.

But in July 2021, Texas-based Judge Andrew Hanen said Obama exceeded his authority when he instituted DACA by executive order. He called the order “unlawful.”

The Biden administration appealed the decision. The Department of Homeland Security also issued a final rule in August to codify the program and protect it from legal challenges.

In Wednesday’s decision, the appeals court said it did not have enough information to rule on the August regulation, which is set to take effect on October 31.

“The legal questions that DACA presents are serious, both to the parties and to the public,” the three-judge panel wrote in the ruling. “In our view, the defendants have not shown that there is a likelihood that they will succeed on the merits.”

Democrats in Congress have also pushed for legislation that would permanently settle the status of the childhood arrivals, but immigration policies have long stalled in the face of Republican opposition.

Former President Donald Trump tried to end the program in 2017, but his efforts were derailed when the Supreme Court ruled in a 5-to-4 vote that the administration’s attempts to discontinue the program were not supported by enough evidence.

In 2018, Texas and a coalition of states with Republican attorneys general sued to end DACA, arguing it was illegally implemented.

Since entering office, President Joe Biden has tried to bolster the program while working on wider immigration reforms.

But in July last year, US District Court Judge Andrew Hanen in Texas sided with the coalition of states and declared DACA “unlawful,” saying that Obama exceeded his authority when he instituted the scheme by executive order.

The Biden administration appealed the decision.

With Wednesday’s ruling leaving the future of “Dreamers” uncertain, advocacy groups and DACA recipients pushed for more concrete action to resolve the status of the childhood arrivals.

“It is beyond time for Congress and Biden to act on their promises to secure permanent protections for Dreamers, including a pathway to citizenship, once and for all,” the advocacy group Families Belong Together said in a statement.

ALSO READ: US could upset Chinese blockade strategy of Taiwan