‘Hidden Hand – Exposing How the Chinese Communist Party is Reshaping the World’ by renowned academics Clive Hamilton and Mareike Ohlberg, comes with a chilling caveat: While it focuses on the “what, why and how of the CCP’s influence, interference and subversion” in North America and Western Europe, the party’s “enterprise is geared towards reordering the entire world, and that while the form varies, the experience of the West is very similar to that of countries around the globe” … Book review by VISHNU MAKHIJANI for Asian Lite, the leading newspaper from London for Asian News

For the Chinese Communist Party (CCP), determined to shape the world in its own image without a shot being fired, the Cold War never ended 30 years ago as it aims to make China the number one global power, says a scholarly new work that traces how the party has been relentlessly going about the reshaping. To this end, the Bridge and Road Initiative (BRI) is the ultimate instrument of economic blackmail through which Beijing is changing the post-war international order, the book says.

“Hidden Hand – Exposing How the Chinese Communist Party is Reshaping the World” by renowned academics Clive Hamilton and Mareike Ohlberg, comes with a chilling caveat: While it focuses on the “what, why and how of the CCP’s influence, interference and subversion” in North America and Western Europe, the party’s “enterprise is geared towards reordering the entire world, and that while the form varies, the experience of the West is very similar to that of countries around the globe”.

“It’s hard to think of any nation that has not been extensively targeted, from Samoa to Ecuador, from the Maldives to Botswana,” Hamilton, an Australian academic and author, and Ohlberg, a senior fellow in the Asia Program of the German Marshall Fund, write.

The book notes that while analysts on both sides of the Atlantic continue to agonise over whether to label China an opponent or even an enemy, “the CCP decided this matter thirty years ago. In the post-Soviet world, it saw itself surrounded by enemies that it needed to defeat or neutralise”. 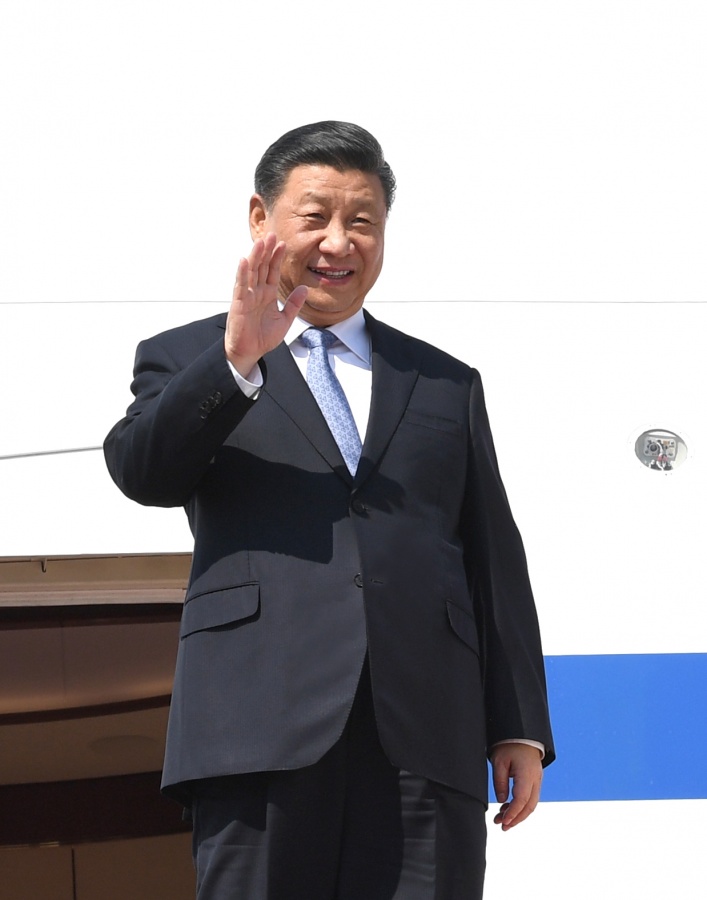 While the CCP and its supporters in the West like to speak of a ‘new Cold War’ being waged against China, the Party itself has all along been engaged in an ideological struggle against ‘hostile forces’. “For the CCP, the Cold War never ended,” the book says, adding: “The reshaping of alliances and the remoulding of the way the world thinks about it are essential to the Party securing continued rule at home, as well as to its reach and eventually making China the number one global power.”

Ignorance, say the authors, explains some of the difficulty the West is having in coming to grips with the threat of the CCP, as does the fact that it has not previously had to contend with such an adversary.

“During the Cold War, no Western country had a deep economic relationship with the Soviet Union. Conscious of the economic and strategic importance of China, many nations are trying to get smarter about the country at the very time Beijing is pouring money” into helping the world to “better understand” China, the book says – and points to the BRI as a major example of this.

This is because it provides an outlet for China’s construction industry and enormous capital reserves, while at the same time supplying the investment needs of other countries that are short of capital and excluded from mainstream sources of finance. The offer of low-interest loans is hard to resist, especially when they come without environmental or other conditions, the book says.

However, the objectives of the BRI, also known as the New Silk Road, “go well beyond providing an outlet for surplus Chinese capital or helping poorer nations develop; the initiative is Beijing’s primary mechanism for reordering the global geopolitical system”.

Xi has repeatedly referred to the BRI as essential to his vision of constructing “a community of common destiny for humankind” and while the idea might sound good to Western ears, “its aim is a Sino-centric world; that is, the one envisaged by the hawks elevated by Xi to the top leadership positions”. They view a China-led world order as an essential part of what is termed the “great rejuvenation of the Chinese people”, the book says.

“So, the BRI is the most powerful vehicle by which Beijing is changing the post-war international order,” the authors write.

“Like other so-called parallel institutions created by the Chinese government, such as the Asian Infrastructure Investment Bank, the BRI pretends to pose no challenge to countries’ existing institutions, while incrementally realigning their interests and shifting the global balance of power.

“A key part of the CCP’s thinking on global and regional power dynamics is the identification of a ‘main contradiction’ and a ‘main enemy’ to unite against. On a global scale, that enemy is the United States, which needs to be split from its allies and isolated,” the book contends.

It’s a lesson key Indian stakeholders – security experts, academics, economists and last but not the least, the media – need to keep in mind, particularly in the light of the troubles on the northern border.