The UK government is reportedly planning to replace the Public Health England (PHE) by a new agency that will specifically deal with protecting the country from pandemics, according to a report.

The government has reportedly been unhappy over the way PHE has responded to the pandemic.

According to BBC, the government has declined to comment on the report.

The Telegraph reports that Mr Hancock will merge the NHS Test and Trace scheme with the pandemic response work of PHE.

As part of the deals, Johnson & Johnson’s Janssen Pharmaceutica unit will supply the British government with 30 million doses of its Covid-19 vaccine candidate Ad26.COV2.S.

The UK government has also entered into an agreement with US biotech company Novavax for the purchase of 60 million doses of its Covid-19 vaccine candidate NVX-CoV2373 and a Phase 3 clinical trial to assess the efficacy of the vaccine in the British population.

Under the terms of the agreement, Novavax will supply 60 million doses of NVX-CoV2373 to the UK beginning as early as the first quarter of 2021.

“It is encouraging that Novavax’ recent clinical data shows their vaccine triggers an immune response greater than that in patients who have recovered from the disease,” Kate Bingham, Chair of the UK Government’s Vaccines Taskforce said in a statement.

“We believe that Novavax has a highly innovative vaccine that could be the first in its class of protein-based vaccine options.”

With the two new deals, the UK has now placed orders for six experimental Covid-19 vaccines, taking its potential stockpile to 340 million doses, the BBC reported. 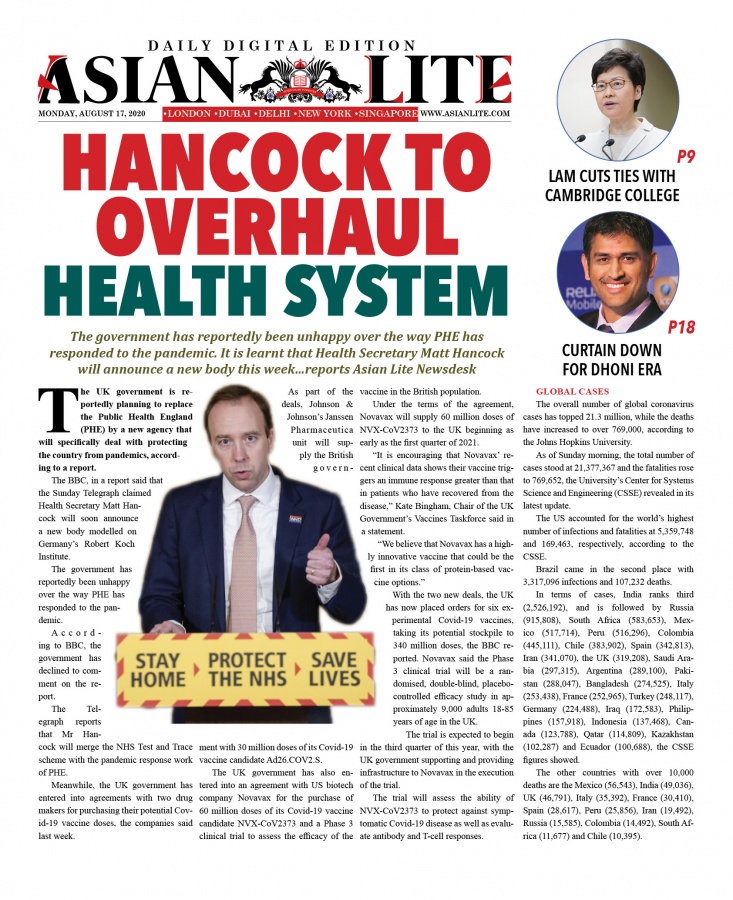 Novavax said the Phase 3 clinical trial will be a randomised, double-blind, placebo-controlled efficacy study in approximately 9,000 adults 18-85 years of age in the UK.

The trial is expected to begin in the third quarter of this year, with the UK government supporting and providing infrastructure to Novavax in the execution of the trial.

The trial will assess the ability of NVX-CoV2373 to protect against symptomatic Covid-19 disease as well as evaluate antibody and T-cell responses.